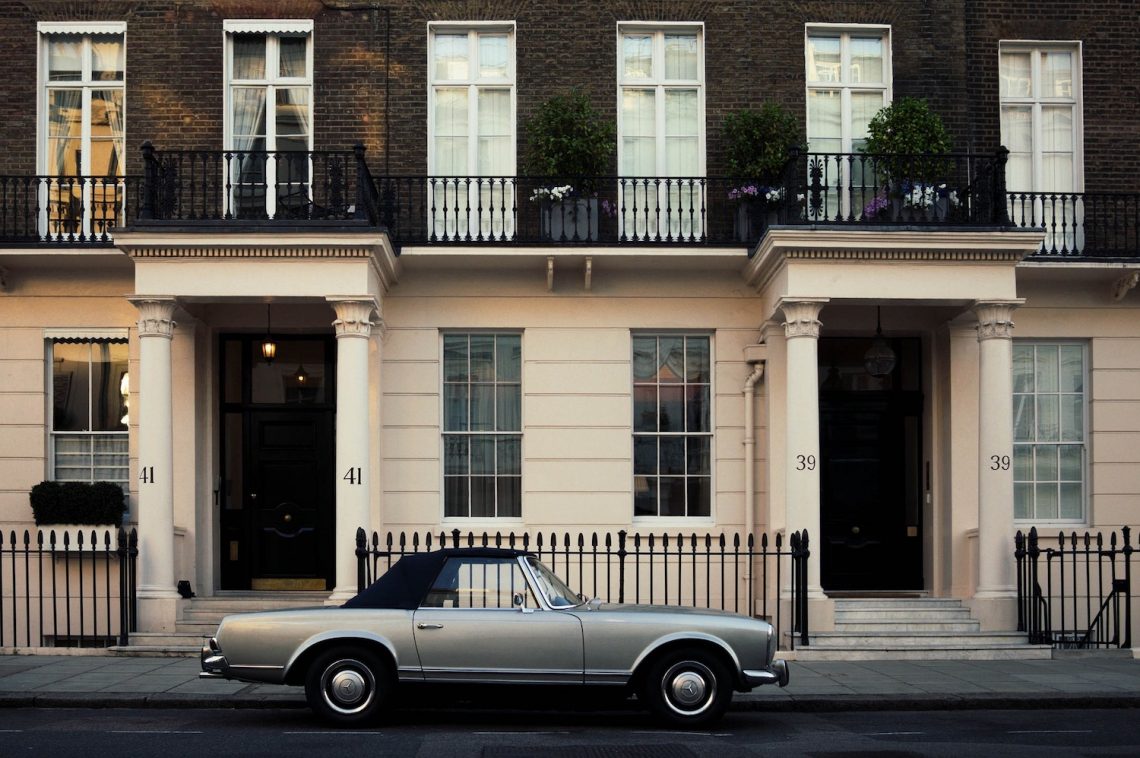 As you plan a trip to London, there’s one important logistics issue to sort out early: where you’re staying. London is generally divided into five areas: Central, West, East, North, and South. Luckily, that makes sense – and is pretty obvious when you look at a map. I generally recommend staying Central whenever possible – but Central London is also an expensive place to stay!

West London begins and goes, well, west from Vauxhall Bridge Road, Grosvenor Place, A4202, and the A5. That’s a lot of geography to cover when making recommendations about neighborhoods in West London that are worth researching accommodation in. To help, I’ve built an interactive map of where to stay in West London (here) that you’ll see in this post too. It’ll help you get a sense of exactly where on the map each neighborhood is. You can use it as you browse for places to stay. It isn’t exact in terms of neighborhood borders; some seem to overlap or omit areas of the city for no reason… But it’ll give you a general sense of which neighborhoods are where.

After reading this post, you’ll know the best neighborhoods in West London for where to stay – and the four I think you can skip staying in, read on!

The 9 Best Neighborhoods in West London

Unlike Central London which is easily defined and bound, West London is a huge area – and it was honestly hard to choose which neighborhoods to recommend and which not. As you can see above, I constrained myself to recommendations within Zone 1 and 2, and all of the spots I recommended are north of the Thames.

This is in part because transportation to West London is much better on the north side of the river, and also because the borders between West, Southwest, and South London get a bit blurry and I didn’t want to recommend (or discourage) an area that’s in a different part of my ‘where to stay‘ series. Read on to learn the 9 neighborhoods I think fit the bill.

Belgravia is a small neighborhood on the eastern edge of West London. What makes Belgravia special is its distinctly posh West London vibe. Here you’ll find picturesque white stone row townhouses on labyrinthine streets – and a few local pubs tucked in too. Belgravia doesn’t have many hotels to choose from within the neighborhood itself; most hotels are located on the borders around the area, but you can find vacation rentals within the neighborhood too. This is where I stayed on one of my most recent trips.

Chelsea is the primary neighborhood along the Thames that I recommend for where to stay in West London (the other is Hammersmith, next on this list). Like Belgravia and pretty much every other West London neighborhood, Chelsea is picturesque, so it’s worth visiting even if you don’t stay in this area.

There are plenty of hotels in Chelsea, especially around the Sloane Square area. There are fewer options nearer the river (where it’s mostly residential), but the Chelsea Embankment is worth a stroll one day even if it’s not near your accommodation.

Hammersmith is also along the River Thames, though further west – and further from Central London. The reason it makes my list of the best areas to stay in West London though, is that it has good access into Central London along the Piccadilly Line (which also conveniently runs to Heathrow Airport). There are plenty of hotel options around Hammersmith station, and pubs along the river just a few minutes’ walk away.

Kensington is the heart of West London; you may recognize the name from the palace here where famous members of the royal family live. There are plenty of hotels across the range throughout the neighborhood – including some pricey and posh ones near the palace. You can also look at the area of Earl’s Court which is within Kensington but has its own vibe (and a Tardis!). Kensington is also home to some of London’s best mews, which are tiny residential alleyways that are considered the cutest streets in London.

Knightsbridge is located between Kensington (to the west), Belgravia (to the east), and Hyde Park (to the north). This makes it ideally placed for exploring West London, but it’s a small area with limited accommodation options and you’ll pay extra for the great location. Knightsbridge is a good option if you’re set on this part of London and don’t find a good option in other neighborhoods.

Everybody knows Notting Hill from the late 90s movie; it was actually filmed in the area so accurately represents the visual style of this West London neighborhood. Notting Hill is north of Kensington and Hyde Park, so a bit further from Central London if that’s a consideration. Given that this is a primarily residential area, there are plenty of vacation rentals and boutique hotels tucked in along the Instagram-worthy streets.

I was on the fence about including Paddington on my list of places worth staying in West London, but – like Hammersmith – I chose to include it because it’s so well connected to the rest of the city (and you’re going to spend most of your time out exploring rather than at your hotel anyway!). This small neighborhood has loads of accommodation options within walking distance of Paddington station to choose from.

Pimlico is one more of West London’s small neighborhoods that is worth considering when deciding where to stay. There are hotels and vacation rentals throughout the area, but the selling point is access to Victoria Station, a major transit hub for both the Tube and London buses. You can get almost everywhere else in London from Victoria Station – and can explore beyond London easily too.

I had never heard of Tyburnia until I started researching this post. It’s a small neighborhood bordered by Paddington on the west and Marylebone (in Central London) on the east. Tyburnia has limited hotel options within the neighborhood (like Belgravia) but several options along the borders of the area.

4 Neighborhoods Not to Stay in West London

I am always hesitant to say “don’t stay here!” in these neighborhood guides, because I know there are great properties in each and every part of London – and you might have stayed at them, but for my advice otherwise.

That said, I still want to be honest about the places I would place lower on the list if you find better options elsewhere. So here are the four areas I would leave until the last part of your hotel/accommodation research phase when other options are exhausted.

While Fulham has better transportation options than Battersea (and other neighborhoods on this list), it too lacks on accommodation options. For such a large area, it’s almost entirely residential and lacks good options even near the Tube stations.

Nine Elms neighbors Battersea, and I tried really hard to decide if this small area might make the list since it is more centrally located and close to Vauxhall (which does make my list of places to stay in South London). But it has the same issues as Battersea but even worse – no good public transit and very few hotel/vacation rentals to choose from.

Shepherd’s Bush looks like an island on its own; it’s the westernmost neighborhood on my entire list and for that reason – in part – it’s just not a great option for staying in West London. There are plenty of transit options, but accommodations are more limited – and there are just better areas to choose from if you can.

There you have it – a guide to the best neighborhoods in West London to stay in, and where to avoid. Have any questions? Let me know in the comments!

Valerie fell in love with London on my first trip to the city way back in 2011. Since then, she spent a year living in London and visits as often as she can. Join her to explore my favorite city on earth and learn everything you need to discover the best London has to offer! 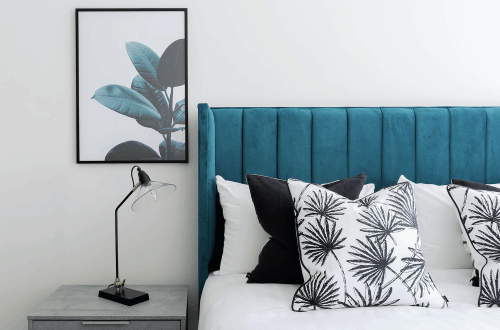 Where to Stay in Central London:
The 9 Best Neighborhoods (& 2 to Skip!) 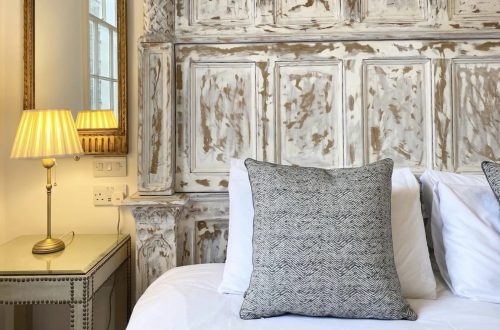 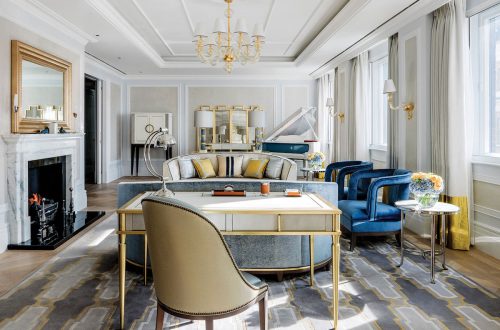