As you plan your trip to London, you undoubtedly have one important question you must answer: where should I stay in London? London is a big place – and there are so many different areas that it’s easy to get confused and overwhelmed. Whether it’s your first trip or you’ve visited before, I always recommend trying to stay in Central London (or as close as you can, given your budget). London is super accessible by public transport, but the more centrally you stay, the better. That’s why I’ve put together this guide of the best neighborhoods in Central London – to help you understand your options for where to stay in Central London (and where not to!).

Before jumping in, it helps to understand exactly where Central London is on a map. While you’ll probably never drive while in London, a series of roads form the informal borders of Central London. Central London is generally constrained by the A501 in the north, Great Eastern Street and Leman Street in the East, the River Thames in the South, and A5/A402/Grosvenor Place/Vauxhall Bridge Road in the West. It includes a large number of neighborhoods and sub-neighborhoods, most of which are detailed below.

I’ve also built an interactive map of where to stay in Central London (here) that you’ll see in this post too. It’ll help you get a sense of exactly where on the map each neighborhood is. You can use it as you browse for places to stay. It isn’t exact in terms of neighborhood borders; some seem to overlap or omit areas of the city for no reason… But it’ll give you a general sense of which neighborhoods are where.

If you’re ready to jump in and learn about the best neighborhoods in Central London for where to stay – and the two I think you shouldn’t even try to stay in, read on!

Most photos in this post are courtesy of Plum Guide.

The 9 Best Neighborhoods in Central London

As you can see above, the best neighborhoods to stay in Central London aren’t the most central – and that’s part of what makes them great to stay in. (I cover those two big gaps in the next section, and explain why to skip staying there.)

Each of these neighborhoods has a ton of personality if you choose to explore them, but they’re also super well connected on the London Underground system (all being within Zone 1) and close to the vast majority of must-see London sights. Below, I break down each one individually and what they have to offer.

Bloomsbury is where I attended my postgraduate program in London; this neighborhood has a perfect mix of residential, literary, and educational buildings (as well as a number of hospitals and other medical institutions). You might recognize the name Bloomsbury from the book publishers for this reason. In terms of where to stay, you’ll find both hotels and vacation rentals.

Within Bloomsbury, you can visit the British Museum, stroll through Russell Square or other parks, and pop into a number of charming pubs. The primary tube station in the area is Russell Square, but there are a number of other stations and lines around the borders of Bloomsbury.

My top recommendation for where to stay: Fantastic 2 Bedroom in the Heart of London

I love the City of London; it borders up to East London (which is home to most of my favorite areas in the city). I used to go running in The City often, and got to know its streets well. Here you’ll find a combination of history and business, with a number of decent hotels and vacation rentals thrown in. (This is an especially good place to stay because there are so many hotels oriented toward business-travelers.)

As it’s also the biggest area in Central London, there’s so much to do here: visiting St. Paul’s and the Monument, taking in some of the best sights of London from The City’s high rises, and eating through incredible restaurants (especially near Liverpool Street station).

My top recommendation for where to stay: Stunning 2 Bedroom Apartment In London or Venus & Saturn on Plum Guide

Clerkenwell might be my favorite neighborhood in Central London; it’s where I choose to stay now when I visit. When I lived in London, I regularly strolled from school in Bloomsbury to my favorite local pub in Clerkenwell. The neighborhood takes its name from the clerks and their ink wells that used to serve the lawyers, publishers, and academics of neighboring Bloomsbury. Today it’s a residential area with converted lofts available as vacation rentals and smaller hotels to choose from.

You won’t find the postcard-worthy sights of other neighborhoods in Central London, but you’ll discover a residential area close to all those sights with plenty of local personality. Heck – if I could live in Central London, I’d be looking in Clerkenwell!

My top recommendation for where to stay: Luxury High-End Georgian Apartment

South of Clerkenwell, Farringdon is another good option for where to stay in Central London. As it – like Clerkenwell – is near Bloomsbury and the academic institutions, you’ll find a lot of student housing here. This is definitely a residential area too!

The centerpiece of the neighborhood is Farringdon station, which is handy for getting out of the city if you have any day trips planned during your time in London. There are also loads of shops, restaurants, and pubs to enjoy at the end of each day when you return to the neighborhood before turning in.

My top recommendation for where to stay: Georgian Four Story House on Clerkenwell/Farringdon Border

Fitzrovia is a small slice of Central London between Bloomsbury and Marylebone; it picks up elements of both. Here you’ll find a few lovely little parks and plenty of great restaurants, bars, and pubs. It also butts up to Soho on the south and Regent’s Park on the north – so it’s a great neighborhood if you want to explore London on foot.

In terms of accommodation, there are hotels throughout (but especially on the north and south ends) as well as vacation rentals throughout.

My top recommendation for where to stay: Ideal Fitzrovia Flat with Garden & Air-Con or Amelia on Plum Guide

If you have your heart set on staying in Central London as close to the action as possible, Holborn is a great choice. It’s walking distance (or an easy bus ride) to top spots like Covent Garden and Leicester Square, but is a bit further away to keep you from the bustle and noise of those touristy areas.

You’re less likely to find vacation rentals here, as most of the buildings are businesses; there are hotels to choose from though.

My top recommendation for where to stay: Central London Holborn Area Lovely 1BR with Patio or The Royal Bell on Plum Guide

I didn’t spend much time in Marylebone during my time in London but I do know one thing: it’s a great spot to stay if you love food and drink and want plenty of choices for dinner and drinks each evening after you return from London sightseeing.

Marylebone is a big area, stretching from Oxford Street in the south – with all its shopping options – to Regent’s Park in the north. You can also do sightseeing here (whether you are staying in Marylebone or not), as it’s home to sights like 221b Baker Street and the Sherlock Holmes Museum as well as Madam Tussaud’s Wax Museum (the latter of which I’ve never been to!).

My top recommendation for where to stay: The Zoologist on Plum Guide

Mayfair certainly starts to feel like West London – which makes sense as its the westernmost neighborhood I recommend for where to stay in Central London. It’s a primarily residential area, home to loads of high end residences. This means you can find some incredible places to stay, both hotels and vacation rentals, but you’ll need to adjust your budget accordingly. If you’ve got the budget, stay on the western side of Mayfair with a view out over Hyde Park.

My top recommendation for where to stay: Sunshine in Mayfair on Plum Guide

I’ll be honest, I did not know the St. Luke’s area until I started researching this post. It’s not a new name or area; I’ve just never really been to this part of Central London. That goes to show how you can live there and still have so much to explore. (So don’t worry if you don’t see it all on your first London trip!)

St. Luke’s is a small residential area north of The City and east of Clerkenwell & Farringdon before you cross into East London. It’s another area with plenty of vacation rentals to choose from and lovely parks to stroll through while you’re pretending to live locally.

My top recommendation for where to stay: Pear Jam on Plum Guide

2 Neighborhoods Not to Stay in Central London

Don’t get me wrong – I love London, especially Central London where almost everything tourist-oriented is located. But there are some areas that just aren’t as good for staying in, and I want to call those areas out so you understand why to skip those places as you plan your trip.

The first place I’m recommending you do not stay in Central London is the West End – which is a huge part! This area includes Soho, Carnaby Street, Covent Garden, Trafalgar Square, and the rest of the West End theatre district… Basically the most central areas of Central London.

Why do I say you should skip staying in the West End? To be honest: it’s a great tourist spot, but it’s too touristy. It can be loud much later into the night and there are more crowds. You’re more likely to end up with less restful nights of sleep, even at a great hotel, because it’s just a more hoppin’ and happenin’ place.

Another major swath of Central London that I recommend not staying in is Westminster, also called the City of Westminster. This is a great place to explore during the day, but the reality is that there actually aren’t many places to stay in Westminster – so don’t worry about trying to find a place to stay here. (The Queen and the Prime Minister both live in Westminster; think of it like trying to stay in the neighborhood right near the White House in Washington D.C.!)

And don’t worry – Westminster has tons of London Underground stations (as does the West End), so it’s easy to get here even though you’re not staying in the area.

There you have it – a guide to the best neighborhoods in Central London to stay in, and where to avoid. Have any questions? Let me know in the comments! 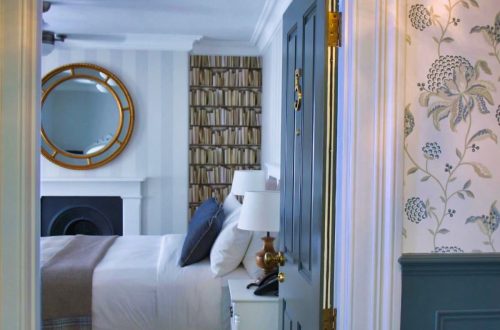 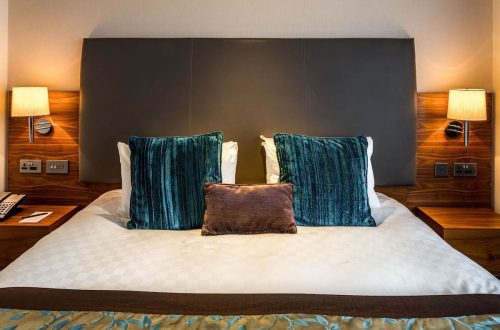 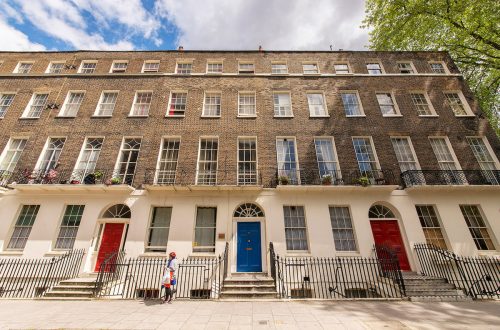 The 25 Best Hostels in London for Budget-Conscious Travelers (2022)