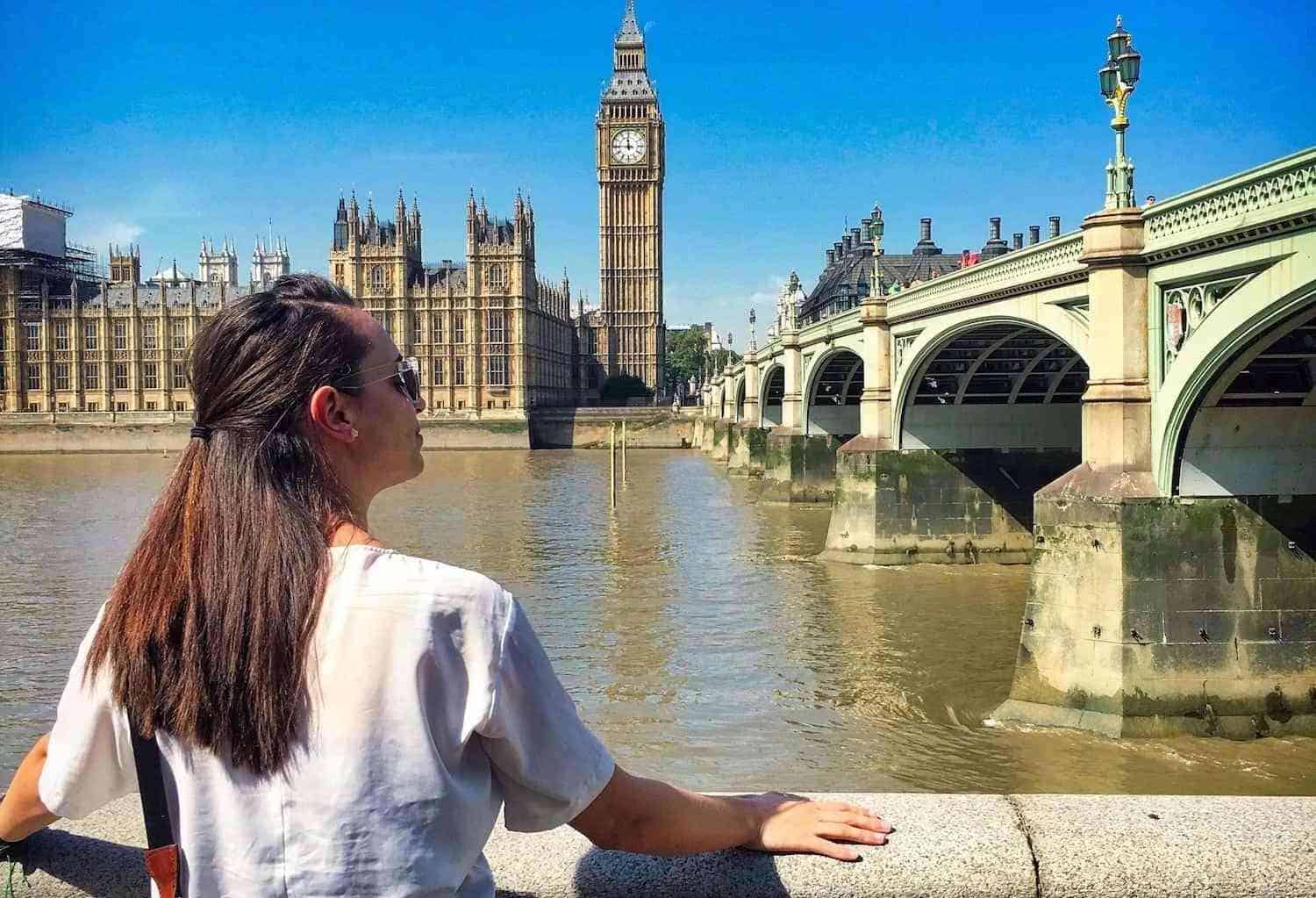 I still remember my first trip to London and the moment when it became one of my favorite cities in the world. I arrived, jet-lagged after not sleeping on my first Transatlantic flight and hoofed it to a bicycle tour. We stopped to admire the view of Parliament at the exact spot pictured above, and I realized: wow! I’m in London! This place is so old! I was hooked, and I’ve been back a half-dozen times since – I even moved to London for a year because I love it so much.

If you’re planning your first trip to London, I’m excited for you. You’re about to explore one of my favorite places on earth! You’re going to (hopefully) fall in love with the sights and smells and tastes of (what I consider) the world’s greatest city!

To help you plan your trip, I’ve written loads of London resources. I realized there were some other London travel tips I had never shared before. These are based on my experience traveling there and as a local while I lived there. Put these tips to use on your first London trip and you’ll be set for an unforgettable (and hopefully not budget-breaking) trip.

1. When to Visit London

Personally, I think London has delightful weather year round, but I get the rainy grey isn’t for everyone. Here are the basics of London weather by season.

In the winter (November through March), London experiences a cold, grey, and often rainy climate. Temperatures can get down to freezing and it’s possible to get snow in the coldest months of the year (January and February). If you’re visiting London during this time, bring layers and rain gear to stay warm and dry.

In the spring (March through May), London comes to life as the temperatures rise and the sun returns. You may still experience rain more often than not, but you’ll also get to see daffodils in bloom and a few glorious days of sun.

In the summer (May through September), London is at her finest. London has a delightful, warm, and sunny summer that makes up for all the terrible weather during the rest of the year. It’s sunny most days in the summer (rain is, as always, a possibility, so be sure to check the forecast), but you can theoretically catch a tan if you decide to take a rest one day in one of London’s famous parks. Unsurprisingly, summer is London’s peak season for tourism.

In the autumn (September through November), the weather turns slowly colder and wetter. London experiences a nice autumn with some good foliage colors, but you should prepare for wet weather and stops to warm up over a pint in the pub.

During a weeklong trip to London (or longer), be sure to check the 10-day forecast so you can get a sense of what’s coming. In autumn, winter, and spring, even if the forecast doesn’t call for rain, it’s best to assume there might be some and plan accordingly (museum day, anyone?).

2. Compare Flights to All London Airports

Did you know London has five major airports?

Be sure to compare flights to try and save, especially if you’re traveling in peak season.

3. What to Pack for London

What to pack for London depends a lot on the season you plan to visit. I already broke down each season above, but as you can imagine, visiting in the rainy winter or spring requires a very different list of what to pack than the sunny summer or brisk autumn.

I put together a list of what you actually need to pack for London based on the seasons and London’s unique fashion scene (rain boots! sunglasses! Burberry trenches!). Check out my London packing list for the full list.

4. Where to Stay in London

A lot of people will advise you to stay in Central London on your first trip… but that’s a sure-fire way to blow your vacation budget and be located in tourist-central. Instead, get out of Trafalgar Square or Piccadilly Circus and stay in one of London’s neighborhoods:

If you have your heart set on staying in Central London, look at neighborhoods like Hoxton or Clerkenwell. These neighborhoods are away from the crowds but walking distance from attractions like Covent Garden, the West End, and the British Museum.

You can pretty much always save by staying in an Airbnb or vacation rental instead of a hotel. Here are some of the Airbnbs I’ve stayed in, in London:

I’ve also got a whole wishlist of London Airbnbs I love; check it out here.

5. Get Around London on Public Transit

That might be rookie mistake #1, and hopefully, it didn’t even cross your mind. You don’t need a car to get around London or even most of England, so don’t waste your money renting one!

Instead, opt for public transportation. London’s Underground system (the Tube) is efficient if crowded and connects all the major parts of the city. The buses make up the difference, and on my most recent trip to London, I actually traveled more by bus than by tube. You can get literally everywhere in London by tube or bus and with a little bit of walking.

To make the most of your vacation budget, get an oyster card and buy a 7-day pass for zones 1-2. This is the most cost-effective option as it will allow you unlimited rides within the core zones in London. As this itinerary is made for 10-days, I recommend purchasing a 7-day pass and then adding another £25 pay-as-you-go after that expires. In zones 1-2, you pay a max of £6.80 per day, so that will cover any additional sightseeing you want to do.

For travel to/from the airports, purchase a separate ticket for those rides.

Many of London’s museums are free (like the British Museum, pictured above), and some attractions offer discount days for admission. London’s parks are also always free. Also, if you’re considering a walking tour, you can often find a self-guided option instead of paying for a guide.

If you’re like me and are planning your London itinerary down to the minute for this first trip, be sure to research opening dates and hours as well as admission – you might find those great deals that save you a few pounds. (Which you can later spend at the pub!)

I don’t typically promote pre-set tours or passes, but I booked a London Pass for my first trip to London… and I have to admit it made it so much easier to see the main sights during that first trip when I was overwhelmed and disoriented. If you like the idea of a pass to the main attractions in London, it’s a great option. You’ll get free or discounted admission to tons of them.

A couple notes on using the London Pass:

8. Book Everything in Advance

No matter what you choose to do in London, tickets and admission are almost always cheaper if you book online in advance. Also, London is one of the world’s top destinations, and attractions/showtimes do sell out.

If you have your heart set on experiencing something, book it in advance.(Otherwise, you’ll be like me on my most recent trip where I waited to purchase my tickets to the WB Harry Potter Studio Tour in Leavesden and then they were completely sold out!)

If you believe that food in London is terrible because it’s British, prepare to have your mind blown.

The culinary scene in London is one of the best in the world, buoyed by immigrants that have flocked to the city for centuries. Yes, you can find staples like fish and chips and bangers and mash, but you can also find those done up right, on menus alongside stunning Indian and Bangladeshi dishes, tasty Thai options, and plenty of American foods (burgers have been having a five-year moment).

Heck, Bourdain showed us that British food is having a renaissance.

In terms of drinks and drinking culture, the pub is central to your experience in London. You should try to eat in a pub at least once, and if the first one is terrible, try another.

Many pubs in London are owned by several big companies and offer a bit more ‘cookie-cutter-ish’ experience than I like, but I still have a few favorites that are either independently run or still doing it their own way. (A couple of my favorites include the Clerk & Well and the Lady Ottoline, both near my former school, and the Princess of Prussia near Tower Bridge.)

When it comes to pints, you can enjoy pretty much anything you want: classic British ales like London Pride and Doom Bar; craft beer like Camden Town Brewing, Meantime Brewing, or Brewdog (out of Scotland); or cider (both craft and big-batch). You’ll also find beer bars and tasting rooms popping up more as London steps beyond its hand-pulled cask ale days.

London is a huge city, and there’s more to see than you can ever possibly try to fit into 10 days (much less 3, 5, or 7 days which is more common!).

Instead, you’ll need to pick the sights and experiences that are most important to you, and plan to fit those into your London itinerary. If you have extra time, you can add more. What you don’t want to do is pack in so much that you’re so tired by day 4 that you can hardly enjoy (or remember) the rest of your trip.

After so many of my own trips to London trust me when I say you have to pace yourself.

It was my first trip to London, way back in 2011, which made me fall in love with the city. Now, even after living there for a year, I miss London almost every day. I try and make every trip have that same magic of my first London trip, and heck – even I need a reminder of these tips if it’s been too long since my last trip!

Do you have other questions about visiting London? Let me know in the comments! 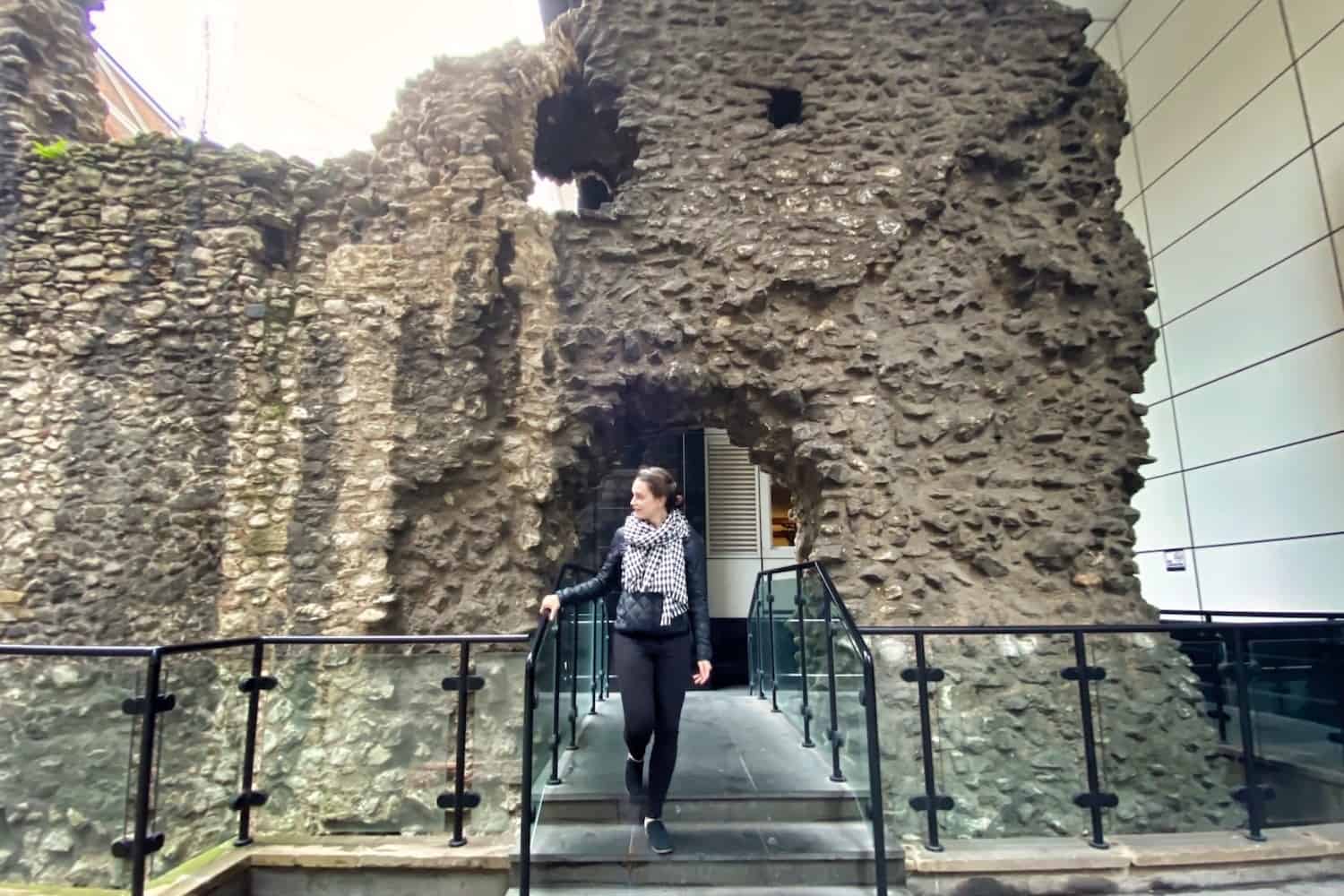 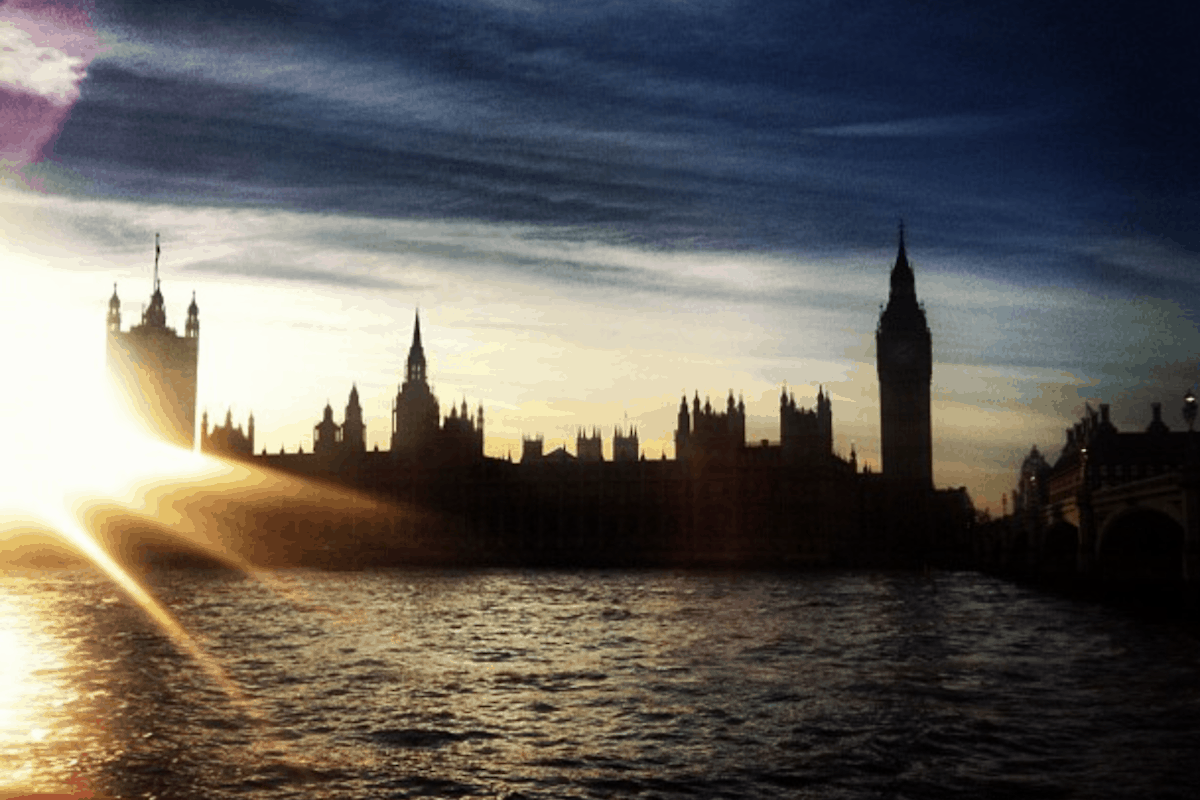 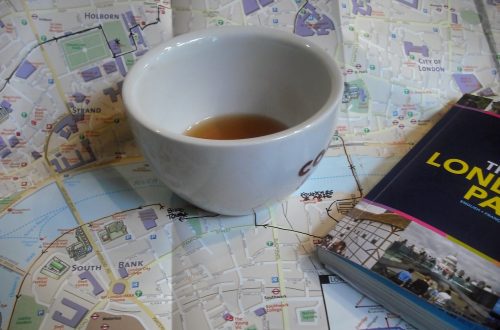