For some of us, it was sourdough starters and growing green onions; other people embraced the tie-dye look again for the first time in decades. There were lots of hobbies embraced by folks during the 2020-2021 shutdowns, and mine was tiki bars. Unfortunately, all of the bars themselves were closed, so I had to satisfy myself with learning about tiki culture and trying my hand at a few cocktail recipes at home.

Luckily, the world has now re-opened, and many of the best tiki bars in London are still around to serve you if you need a break from Britain during your visit.

Below you’ll find a list of the best tiki and tropical bars in London; these are spots that specialize primarily in fruit-heavy rum-based drinks, and are often designed to evoke island vibes or nautical adventures. The origins of tiki culture go back to America in the 1940s, but all of these bars transport you less through time than simply to a spot where you can imagine your toes in the sand and sun on your face.

Even if you’re just visiting London and the weather is good during your visit, adding a tiki bar to your itinerary plans is a fun new experience that might get you hooked – as it did for me!

Note: As of writing, Trader Vic’s in London is slated to close permanently at the end of 2022. I’ve included it on this list as a testament to its importance for tiki culture, and hopefully it will re-open at a new location someday.

If you’re talking about tiki bars anywhere, there’s no place like Trader Vic’s. One of the original founders of tiki culture, Vic Bergeron opened his Oakland, California bar in 1934 (under a different name). The bar was popular and expanded, changing names and eventually opening outposts around the world.

London’s Trader Vic’s is located in the basement of the Hilton on Park Lane; it’s right across the street from Hyde Park so easy to visit – but also easily missed unless you know to look for it. Among other accolades, this Trader Vic’s is the oldest continuously operating one in the world, the one Warren Zevon sang about in “Werewolves of London,” and one of only four Vic’s left in the Western hemisphere. (The other three being Emeryville (Oakland), Atlanta, and the San Jose CA airport.)

While there, be sure to try the original Mai Tai, a drink that originated from Trader Vic’s, and a pu pu platter to start – then explore the rest of the menu for additional drinks and food if you’re still peckish. (A British word for hungry!)

As part of my September 2022 trip, I was keen to try a few other tiki bars in London beyond Trader Vic’s, and thus found my way to Bayswater and descended below street level to discover an oasis of tiki style.

The Beachcomber calls itself London’s House of Agricole Rhum, and it’s definitely on-point if you’re looking for a newer and highly photogenic spot for delicious tropical cocktails and tiki drinks. As they suggest, the menu specializes in Agricole Rhum from the (formerly) French Caribbean islands of Haiti, Martinique, and the Guadeloupe islands.

You’ll find plenty of Polynesian Pop design around you, and the menu includes a few tiki classics (The Zombie and Missionary’s Downfall, among others) but can also explore other flavors; I tried the Maui HIghlands with Jägermeister and my husband sipped the Archipelago Paradise.

While it’s a bit of a journey out to Notting Hill’s Trailer Happiness if you’re not staying in the area, it’s well worth the journey: this was the best place I’ve had a drink in a long time, and one I was sad to rush through to attend another event elsewhere in the city.

Also subterranean, Trailer Happiness is a haven for rum lovers; the cocktail menu honors all drinks rum-based, and includes tiki classics like the Zombie and Mai Tai – you can also order off-menu classics like the Painkiller (which my husband did). The decor is gently Polynesian without being over the top – it feels like a trendy tropical spot rather than full tiki overload, but that’s what Londoners prefer if the wait to get in is any indication.

For another option, make your way out to Fulham to visit Kona Kai. Their menu boasts an impressive 100+ rums and drinks like a Zombie and a “Hawaii Style Mai Tai” along with lots of other punches, coladas, and daiquiris. You’ll also find a few other less common tiki and tropical drinks on other London menus, like the Dark & Stormy and Rum Revolution.

For true tiki fans, this spot is best enjoyed on non-weekend nights to avoid the cocktails-and-clubbing crowd. The vibe shifts from laid-back cocktails to dance and drink and dance after 8pm on Friday and Saturday nights.

From one corner of London to another, Lake Kane is another one of the best tiki bars in London. Located up in Islington, this tiki revival bar has some incredible craft tiki cocktails and beautiful mugs from which to drink them.

You can find the classics, of course, including the Mai Tai, Painkiller, and Missionary’s Downfall (this drink is surprisingly common in London despite being less popular on American tiki menus). They also have a menu of original tropical cocktails; the namesake Laki Kane is really unique (I can’t imagine the flavors together but am keen to try), the Pinup Zombie is a nice interpretation of the original, and the Big Daddy G… well you’ve just gotta see it to decide if you’re up for that adventure.

If you’re already planning to visit Battersea Park or the newly revitalized Battersea Power Station and all it has to offer as part of your London itinerary, consider stopping off at Sugar Cane for a little libation to refuel afterward. It’s a reasonably short walk but well worth it once you step inside this tropical oasis.

Their drink menu is large, but has a dedicated section for tiki drinks, including several you can’t find elsewhere in London: the Scorpion, Planter’s Punch, Suffering Bastard, and Hurricane are joined by essentials on every menu like the Zombie, Mai Tai, and Painkiller. Really, this is a solid tiki menu even for beginners, and the rest of the drink and food options are good for those not feeling the Pacific Island vibe.

Even further afield, TikiTail is located all the way out in SW12; I put it further down my list as a result, since you’ve got to be headed in that direction for it to make sense to visit. (They also have an outpost in Jamaica, so it’s safe to assume they’ve got a good sense of what flavors evoke The Islands.)

Their food menu is “Pan-Asian” like many others on this list, but we’re here for the drinks and ambiance, right? Limited compared to others, their rum drinks include the Drunken Bird and A Missionary Ting; over on their house specials, the “TikiTail Rum Punch” would be my first choice for something that evokes the Caribbean and Pan-Asian experience they’re going for.

Another spot that straddles the line between a tiki bar and a London nightclub, Tropix makes up for its club vibes with a nice menu of rum drinks including several tiki classics.

Like Kona Kai, this spot is popular for parties and definitely changes ambiance as the night wears on; if you’re just here for the tiki drinks, arrive early and take advantage of drink specials (two-for-one before 8pm Monday through Thursday and before 7pm other nights!).

Other Tropical & Rum Bars in London

Want even more options for getting your daily dram of rum in during your London trip? Here are a few other bars that specialize or at least have reasonable menus of rum cocktails.

Have any questions about visiting the various tiki bars in London? I’m happy to answer so let me know in the comments below! 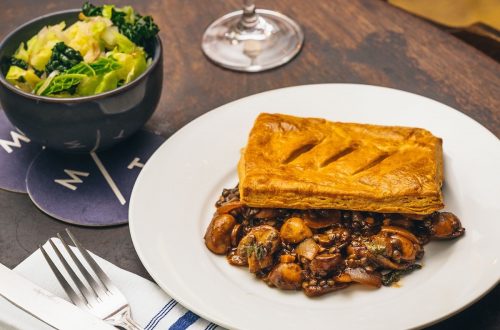 13 Lovely Spots for a Vegan Sunday Roast in London 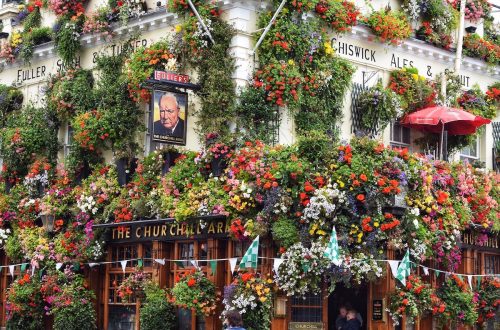 The 13 Best Pubs in Kensington, London 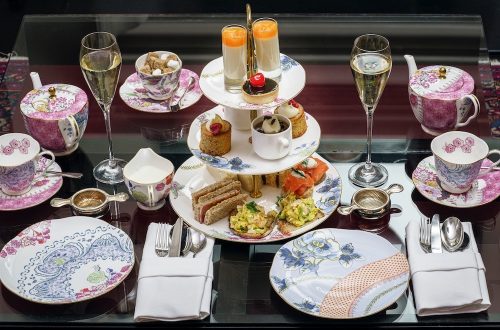