Among the many incredible destinations you can explore outside of London, there’s perhaps none more steeped ind legend and myth than Stonehenge. Was it aliens? Advanced technology for a primitive society? Some other theory entirely? No matter what you believe, the iconic stone circle of Stonehenge is a must-see.

As you plan your first trip to London, you might want to consider adding a day trip or two to your London itinerary. (In fact, I recommend this in several of my London itineraries!) Day trips give you the chance to explore more of England and presumably – like me – fall more in love with London as a result; planning a Stonehenge day trip is a great option if you love history and lore. In fact, Stonehenge was one of the two day trips I took during my first visit to London (the other being Brighton) so I can say with certainty that it’s worth doing!

In this post, I’ll share tips on how to plan your own day trip to Stonehenge. It is a bit more complicated than some other day trips from London due to how you reach the site, but it’s easy enough that people do it every day – so you can too. Read on for tips – and don’t forget an umbrella if the forecast looks foreboding: Stonehenge is completely exposed with no shelter so an umbrella is key on rainy days, but still totally worth visiting.

​​How to Get from London to Stonehenge

When organizing a day trip to Stonehenge, knowing the different transport options that take you to the historic site is crucial. This section will cover how to get from London to Stonehenge.

Located in the middle of Salisbury Plain, Stonehenge is two hours away from London, and you have three transportation methods to reach it: by tour bus, shuttle bus, or car.

Tour buses are an excellent option if you want to see multiple England attractions in one day. While you have Stonehenge-only bus tours, many combine the neolithic site with an excursion to Windsor Castle and Bath. This option is also perfect for those who want a guided day trip. You can find plenty of tours like this in Viator, or check The Stonehenge Tour website. They tend to be longer, lasting eleven to twelve hours.

Traveling by shuttle bus is your second alternative to visiting Stonehenge from London. It is an excellent option if you want to devote the whole day exploring Stonehenge. Shuttle buses depart from Victoria Coach Station on a comfortable air-conditioned coach (the British word for buses.) Once you reach Stonehenge, you’re free to manage your time as you see fit to explore the ancient site. Viator has many tour packages you can browse on their website.

If you’re up for a challenge, you can rent a car and drive to Salisbury Plain. Just keep in mind that British people drive on the opposite side of the road, and it can pose difficulties if you’re not used to it. You’ll also have to endure London’s hectic traffic. Having said this, I don’t recommend you rent a car to go to Stonehenge unless you will spend one day in Stonehenge and a few others exploring the English countryside.

What to Do for One Day in Stonehenge

A Stonehenge day trip means so much more than just the Stone Circle. The neolithic site has conditioned the space with interesting activities to educate and bring this mysterious monument closer to people.

It goes without a say that visiting the Stone Circle is a must-do in your Stonehenge day trip. The Stone Circle is a monument comprising sarsen stones arranged in a circle or ellipse. Archaeologists believe the monument dates back to the Neolithic and Bronze Age (4-5,000 years ago), although the reasons behind why people built it remain unknown. While the monument’s mysticism certainly draws visitors, The Stone Circle is an engineering marvel. Starting with how prehistoric people managed to move and erect the megaliths to how they positioned the stones at the centre of the site to line up with the sun’s movements.

There’s no better way to learn about the story of Stonehenge than at the Visitor Center. The venue houses world-class exhibitions displaying fascinating objects and relics from the time of the Stonehenge builders. The Stonehenge Exhibition features 250 archaeological artifacts,  ranging from human remains to jewelry, archeologists discovered in the area. The Center also has fantastic multimedia displays and changing special exhibition space with contemporary art, photographs, Stonehenge ephemera, and archaeological treasures from museums worldwide.

Outside the Visitor Center, you can see five Neolithic houses. The site has built them so travelers can get a close-up view of the Stonehenge builders’ lifestyle and customs. To recreate the single-room houses, they based on archaeological remains of houses and lots of research. It took more than 20 tonnes of chalk, 5,000 rods of hazel, and three tonnes of wheat straw to recreate the houses. Inside, the houses also feature a typical Neolithic style, with Neolithic axes, wooden furniture, and pottery. You’ll find volunteers explaining what lifestyle builders of Stonehenge led with demonstrations.

Among its possible purposes, research shows that Stonehenge might have had a deep spiritual significance for prehistoric inhabitants, which could explain the striking number of barrow cemeteries around it.

Located on a prominent ridge east of Stonehenge, King Barrow Ridge are burial mounds with a round shape from 4000-3000 BC, which have survived the passage of time due to light woodland. They would put the bodies within stone or wooden vaults and then cover them with large soil mounds. During the Neolithic, prehistoric people used these barrows to bury numerous members of a family or clan. In contrast, during the Bronze Age, they used them to bury a single individual, mostly salient, like clan leaders or chiefs.

Besides the Stone Circle, the Bush Barrow is one of the most important sites of the Stonehenge complex. The Bush Barrow is Britain’s richest Bronze Age burial, having produced the finest Bronze Age artifacts, like the lozenge, a gold sheet used to fasten a cloak. The first excavation took place in 1808, under the command of William Cunnington for Sir Richard Colt Hoare. By the way, you can see many of the gold objects he excavated at the Wiltshire Museum in Devizes.

Woodhenge and the Cuckoo Stone are nearby sites worth visiting if you rented a car or booked a private car tour. Discovered in 1925 with aerial photography, Woodhegne is an atmospheric Neolithic site just a few miles away from Stonehenge. It comprises six concentric ovals of standing posts, which archaeologists believe prehistoric people built in 2500 BC. The Cuckoo Stone sits in a field near Woodhenge. The Cuckoo stone is a sarsen stone, which served as the focus for several nearby cremation burials around 2000 BC. It’s a relatively new addition since archaeologists excavated it in 2007.

I’ve included an itinerary if you need some help devising one for your Stonehenge day trip. Although, to be honest, Stonehenge is pretty compact, and there aren’t many ways to explore it.

Stonehenge is a great day trip because it’s pretty simple to plan and execute – aside from getting there, which is admittedly a more complicated prospect than some of my other favorite London day trips. Stonehenge and the surrounding relics are a consolidated area and fascinating to almost everyone, no matter how you believe they came to be. Have any questions about planning a Stonehenge day trip? Let me know in the comments or join the conversation in my London Travel Tips Facebook community. 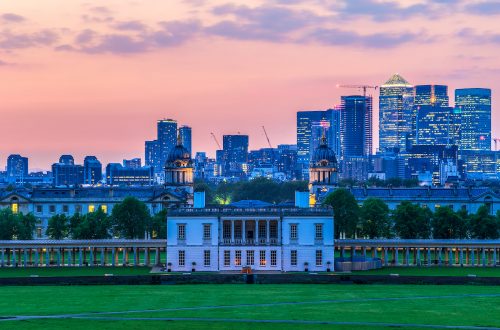 How to Plan the Perfect Greenwich Day Trip from London 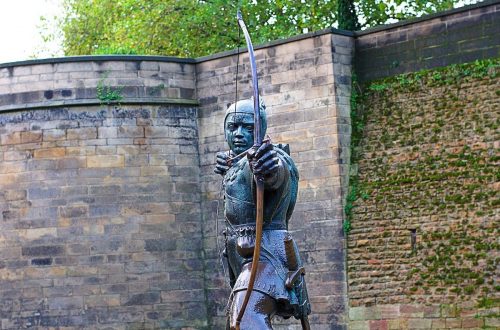 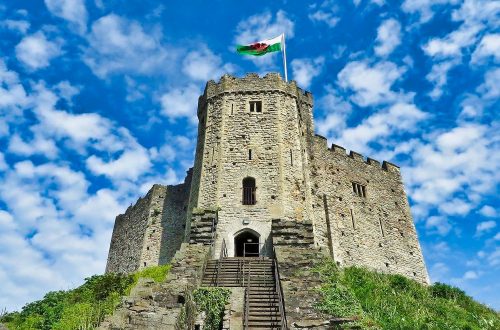 How to Plan the Perfect Cardiff Day Trip from London