This photo might seem abstract, but it’s quite significant: it is evidence that the Romans once called London home. But, actually, they didn’t call it “London” when they did – instead it was “Londinium,” and it was a significant Roman city during their period of British occupation.

As London, er, Londinium was a significant Roman city in the 1st to 4th centuries AD, you might wonder how much evidence remains. There is, in fact, quite a lot, from some you can see while walking around the streets of the City of London to others you might need to seek out beneath your feet.

If you’re curious to learn about Roman history and see Roman ruins in London, here are all the places where that can be done. I’ve started with the easiest and shared the details of access wherever that is possible. Let’s dig into the history of Roman London together!

The London Wall was my first exposure to London’s Roman history, and since then, I’ve been hooked. Below I’ve broken this section into two parts: the remains of the London Wall that can be seen today, and the ruins along the remainder of the wall which have varying levels of public access.

I’ve already covered the remains of the London Wall extensively, as it is almost entirely accessible by making the self-guided London Wall Walk. On this walk, you’ll pass 21 plaques (or the places where some of those 21 plaques once stood) and see fragments of the London Wall as it ran from the marshy lands that are now the Tower of London to the current London Museum.

This is a delightful walk which takes you through the most modern and historic parts of the City of London within a few hours.

Ruins of the London Wall

There are a number of other sites where remnants of the wall still exist, though in full transparency, most are not open to the public. Nevertheless, here’s a complete list of the ruins of the London Wall that I’ve been able to verify.

As you can see, the Wall is still very present around the City of London, even if not accessible to the public in all areas!

In Roman times, the Basilica was one of the most important in Londinium. In each Roman city, the Basilica was the civic center of the community. It housed government offices, courts, a treasury, and shrines to the various gods that Roman citizens pledged themselves to.

While early archaeologists wondered if London was a backwater outpost, the scope of the Basilica indicates that it was far from it; Londinium was an important Roman city and its Basilica occupied 2 hectares and stood three stories tall! The Basilica also formed one side of the four-sided Forum, which served as a public square (like Trafalgar Square today) and housed markets and shops.

You’d think that a huge structure like the Basilica and Forum would have survived, right? Unfortunately most of the buildings were destroyed by the Romans themselves; London was punished for supporting a “rogue emperor” and its status in the empire was greatly reduced with the loss of these buildings.

Today, only one small part of the Forum remains to be seen. It can be accessed through a hairdressers, Nicholson & Griffin’s, in Leadenhall Market within the City of London. It is my plan to visit this site on my next visit to see if they’ll allow me to view the ruins beneath their barber’s chairs.

The Roman Amphitheater of Guildhall Yard

In addition to the Basilica and Forum, one other important structure in Londinium would have been the Amphitheater. You can find Roman amphitheaters throughout the Empire, as far east as Amman in Jordan, and as far north as Britain, including in London.

Amphitheaters, as you might imagine, were used for entertainment and sporting purposes. London was home to gladiator fights, chariot racing, and other public events; it was also used for public executions when the event called for such a punishment.

After almost two millennia, the remains of London’s Roman Amphitheater were unearthed in 1988, and are now preserved in Guildhall Yard. If you descend to the lower level, you’ll see an 80 meter wide curved line of darker stone that marks the edge of where the amphitheater once stood. The majority of ruins are eight feet below ground, but some can be accessed through the Guildhall Art Gallery.

Baths were another import part of life in a Roman city; the English city of Bath is one of the best examples of Roman influence in Britain and a great day trip from London if you want to see truly beautiful relics from that era.

Bathhouses were, like the Forum and Amphitheater, another location for social interaction. Romans did not have public plumbing systems for bathing, so everyone – from every class of Roman life – would have used bath houses.

There is one main bathhouse that has survived the centuries in London; it’s called the Billingsgate Bath House due to its location. While it was closed to the public for a long time, it is now open to the public. Unfortunately tours will not be offered during the time of my next visit, but if you want to go instead, be sure to book advance tickets.

The London Temple of Mithras, called a Mithraeum, was a common building you would find during the later centuries of the Roman Empire. It was likely one of several temples built in London during the Roman period, but is the only one which remains today.

When the building was discovered in the 1950s, construction workers also found a large number of other relics, including trinkets and statues that helped archaeologists understand the significance of the building and how it might have been sealed off to preserve it. The find was so significant that it was decided to relocate the entire structure; the structure was relocated again – back to its original site at 12 Walbrook – in the 2010s.

Today, you can visit the ruins of the Mithraeum, which are open to the public through Bloomberg Space. (It was Bloomberg who decided to fund the second relocation when the company discovered its new world headquarters were on the significant site.) You can arrange access through the London Mithraeum website.

Grave of a Roman Girl

Located at the base of 30 St. Mary Axe – affectionately/ironically called The Gherkin by Londoners and visitors due to the building’s distinctive shape – you can find another marker of the Roman chapter of London’s history.

The building which previously stood at this site was badly damaged by an IRA bomb in 1992, and during prepatory excavations for building the Gherkin in 1995, the grave of a 3rd Century London girl was discovered on the site. It had been her final resting place for over 1600 years.

Instead of relocating her or displaying her in a museum, the remains were laid to rest as part of constructing the plaza around the Gherkin. Today, on the northern side of the building, along aptly-named Bury Court, you can see a bench with an inscription which reads:

To the spirits of the dead
the unknown young girl
from Roman London
lies buried here.

This marks the site where the Roman girl was re-laid to rest, and is a perfect spot for a moment of quiet contemplation of London’s long history.

The London stone in its new home, courtesy of Matt Brown via Flickr; two photos of the Stone in its old housing.

Okay, so putting the London Stone on my list of Roman ruins in London is admittedly a stretch – there are urban legends that the stone dates back to Roman times, though no confirmation. The date and origin of the Stone are unknown; the first mention of the London Stone is recorded around the beginning of the 12th Century.

What gives the London Stone it’s potentially Roman origins is the fact that it is made of Clipsham limestone, which was imported to the London area in great quantities during the Roman period… however this type of stone was also commonly used during the Medieval period which coincidentally overlaps with the same time the Stone was first mentioned.

In any case, you can now see the London Stone housed in a brand new facade at 111 Cannon Street in the City of London. I’ll leave it up to you to decide if this unusual block of rock is worth all the hubbub and might be Roman.

Unsurprisingly, two of London’s most famous history museums are both excellent places to learn more about Roman London and see relics from that era.

The Museum of London has a giant collection and exhibit about Roman London, where you can see artifacts and learn about many of the locations I’ve mentioned in this post so far, as well as other sites that have never been open to the public. The gallery is open daily when the museum is open, and is a permanent exhibit so will not be changing – though certain items in the collection may go off display at times for preservation. The items are over 2,000 years old, after all!

Similarly, the British Museum has a collection in Display Room 70 about the Roman Empire which includes plenty of background to explain the rise of Londinium. Display Room 49 also focuses on Roman Britain, with artifacts specific to the Roman period on the British isles.

One last place you might be very lucky to see evidence of the Roman period in London is along the banks of the River Thames. The river has been flowing through this area since long before the Romans arrived, and the river was actually part of why the Romans established their city on the site.

In Britain, there’s an activity called “mudlarking,” which is kind of exactly how it sounds: wandering the muddy banks of the Thames at low tide, looking for interesting objects. You’ll certainly find plenty – though whether you discover anything of Roman origin is unlikely and thus would be very lucky.

If you know what you’re looking for and think you’ve found a Roman object, be sure to report it to the Finds Liaison Officer, which is part of the Portable Antiquities Scheme. This ensures that historically significant objects – like those from Roman London – are cataloged and properly preserved if they are significant enough.

Have any questions about these sites and Roman ruins in London? Let me know in the comments! 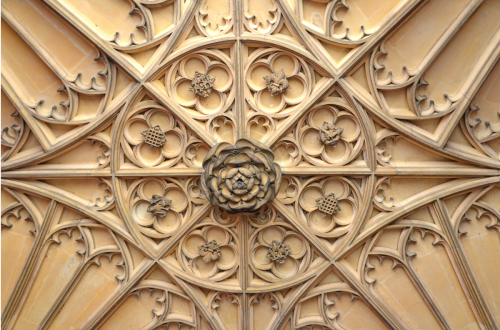 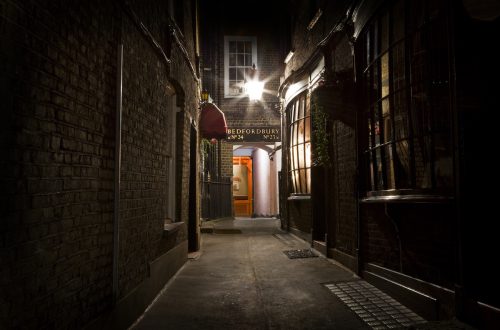 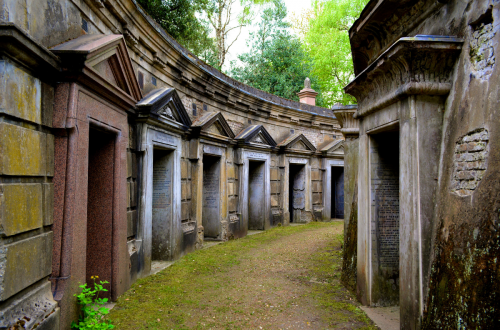