Have a favorite tube line you rode during your London trip? Curious about the colors that represent millions of travelers criss-crossing the city every day? Finally noticed that London tube colors on the map match the colors inside each carriage? It turns out that one of the world’s most iconic underground transit systems has very specific color codes for everything.

While Transport for London (TfL), the official transportation agency for London, used to publish an official color guide for their system, that information is no longer online. I thought it would be helpful to create a quick resource here on my page, for people like me who are curious about various colors in the London Underground system.

So whether you’re working on a school project, want to paint your bedroom the color of your favorite line, or just have feelings of chromatophilia (love of colors), you’ve come to the right place. Below you’ll learn all the official colors of London’s transportation system, TfL, and all of the London Underground/above ground lines – including the brand new Elizabeth Line, which opened in mid 2022.

The London Underground is iconic, especially the main logo (above) and font – which is truly unique in the world, and was designed specifically for London’s transit system. Here’s the basic info about the main colors used in the TfL logo; despite its simplicity, these colors are very specific! (Note that the Pantone colors are not quite perfect matches to these colors, but are the closest matching shade.)

When it comes to fonts, the London Underground has a very distinctive font – so unique that you can probably recognize it even if you’ve never been to London or ridden on the Tube.

The original font used on the Underground system was designed by Edward Johnston between 1913 and 1916; it became the standard font for the entire system from 1916 onward and the original font is known as JohnsonSans.

In the 1970s, designer Eicchi Kono updated the font slightly to modernize it, which included changing the full stop (.) to its now-iconic diamond shape.

The most recent font change was made in 2016, when typography firm Monotype created a new font called Johnston100, which included some of the most iconic features of the Kono font but harkened back to Johnson’s original. Here’s the full story of the London Underground font and the announcement by Monotype when they released Johnson100.

Here’s the section you’ve been waiting for: a list of all London Underground lines (and other lines in the TfL network) and their exact colors. This table is helpful no matter what reason you have for looking up specific London Underground colors.

You might have noticed that two colors on this table almost match the iconic red and blue of the London Underground logo: the Piccadilly and Central Lines share the same Pantone shade, though the hex/RGB/CMYK colors vary slightly between them. (This red and blue pairing is also very similar to the colors used in the flag for Great Britain… Coincidence? I think not!)

Finally, I think it’s important to not forget London’s iconic red buses. While not all London buses were always red, it’s the primary color you’ll see on them today, and it’s a very distinctive shade. The London Transport Museum has a handy article explaining why – and how – all London buses became red.

Once again, the Pantone shade is the same as the red of the Underground logo and the Central Line… so that’s a great default shade if you love London: it’s basically the unofficial color of the city! (That’s also why the logo for this site is red!)

Are there any other London Underground color formats you need to complete your project or satisfy your curiosity? Let me know in the comments! 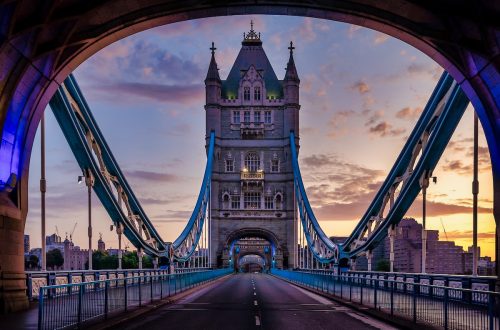 The 13 Best Views of Tower Bridge in London 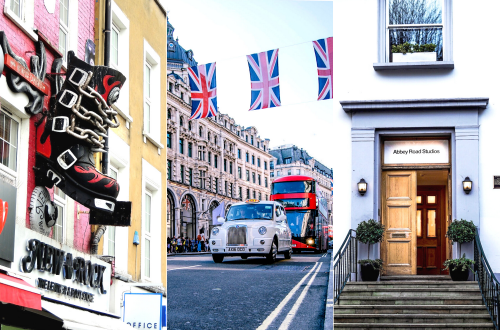 25 Famous Streets in London for Your Travel ‘Knowledge’ 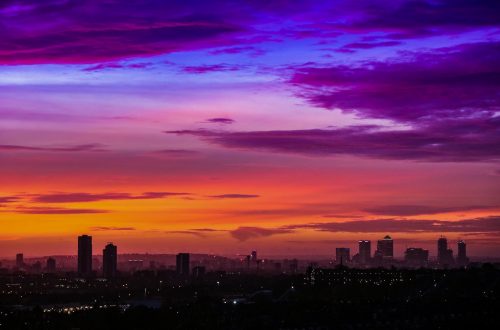 21 London Quotes to Inspire You to Book That Ticket!