The sun was setting as I rode my bike along the Thames path near Westminster. Glancing over, I stopped in awe: rays of light shone out from behind the iconic palace, and I snapped one of my all-time favorite photos from the year I lived in London. Most surprisingly, it wasn’t the sunny days of summer when I took that photo: it was November, and it has become one of my favorite times to visit London.

While November might seem like a terrible time to visit London – shorter days, cold weather, rain, etc. – it’s actually a great one. You can enjoy the end of the autumnal season with its changing leaves and bridge the gap into the winter holidays; there are also plenty of great ways to stay warm and cozy even on London’s chilliest days, whether that’s tucking into a pub or sinking into a seat at the cinema.

No matter the reason your travel plans take you to London in November, you’ll soon see why I love this time of year in my favorite city. The days may be short, but there’s plenty to do with them – and after the sun goes down too. Read on to discover everything you need to know about visiting London in November.

Having a sense of how long the days are in London during November is useful to plan an itinerary for your trip. It will help you organize your days and see how many activities you can fit in. Here’s a quick chart of sunrise and sunset times in London in November:

In early November, London has an average of 9.5 hours of daylight, diminishing to around 8 hours toward the end of the month.

With short days, I know November doesn’t seem like the most tourist-friendly month to visit London. However, don’t let that stop you from visiting this amazing city. London never stops and neither do its citizens, who don their warmest coats and hit the streets looking for their next adventure.

London is beautiful any time of the day, but even more during the sunrise or sunset. If seeing a sunrise or sunset sounds like an activity you’d like to include in your London itinerary, I’ve got guides to help you plan it:

November is the last month of fall, meaning you can expect the London temperature in November to decrease considerably as it gets closer to December.

Those visiting London in November can expect cloudy weather and temperatures hovering around 42°F (6°C) and 50°F (10°C). London also receives about 2 inches of rain in November on average, and it rains an average of 10 days during the month.

Last but not least, November is a month with a possibility of snowfall in London. In fact, it’s the first month it typically snows in the city. While this might seem like a bummer for your travel plans, it’s actually quite magical to see London in the snow!

What to Pack for London in November

Knowing what are the right clothes to wear in London in November is fundamental to having a good time during your trip.

As you read before, November is a cool month, but how well you tolerate this weather will depend on your interior thermostat. If you’re not used to low temperatures, make sure you bring a good jacket.

Ideally, when planning what to pack for London in November you want to bring clothes you can layer and wear as you feel the weather demands. Here’s a list of the items that can’t be missing from your suitcase:

Like any great city in the world, London offers exciting activities year-round. Here’s a list of all the things you can do in London in November.

Ice skating in Hampton Court Palace is one of the most magical things to do in London in November. Every year, the gardens of Henry VIII’s historic home are transformed into an outdoor, open-air ice rink.

The setting is gorgeous, especially at night when Hampton Court Palace is lit up with blue and pink lights. The ice rink is family-friendly and you’ll see plenty of people simply going round the edges. There’s also a lovely café selling hot chocolate and mulled wine to keep you warm.

Guy Fawkes Night (on or around November 5)

Guy Fawkes Night or Bonfire Night is celebrated annually across the UK every November to commemorate the failed Gunpowder Plot of 1605 when a group of Catholic conspirators planned to blow up parliament and kill the Protestant King James I. Guy Fawkes, a member of the Gunpowder Plot, was arrested while guarding explosives the plotters had placed beneath the House of Lords.

In London, thousands of fireworks light up the sky to celebrate the occasion. Londoners also light bonfires in different venues across the city and burn puppets of Guy Fawkes on the street. There are also numerous stalls selling typical food and beer.

Here are a few venues where you can experience Bonfire Night:

Remembrance Day is a memorial day celebrated in London since the end of the First World War to honor those who lost their lives in the line of duty.

London hosts numerous events to commemorate this date. There are church services, concerts, and the most famous of all,  the service and parade at the Cenotaph in Whitehall. The parade is attended by the Queen, as well as politicians and military representatives. The Imperial War Museum of London also hosts commemorative events to introduce people into the wars and their impact on the country.

Music lovers should get their tickets for the EFG London Jazz Festival. The largest pan-city festival in Europe is turning 30 years old this year and has prepared a stunning line-up to celebrate with you and other jazz lovers.

The festival is inviting jazz legends and new talents to play live gigs in different venues across London. Some confirmed artists are RYMDEN, Binker Golding, Chris Thile, ENEMY, and Fatoumata Diawara with Strings.

Appointing a new Lord Mayor is a big deal in London. So much so that it’s become an event Londoners love to attend.

The Lord Mayor’s Show dates back to the 13th Century when King John granted a charter allowing the citizens of London to elect their own mayor. There was one condition, though: each new mayor had to travel 3 miles from the City to Westminster to pledge allegiance to the crown.

And so they have done for the past 800 years. The Lord Mayor’s Show has grown to become one of the most popular events on the calendar. A colorful public parade combining carnival and traditional British pageantry takes place during his or her inauguration ceremony. You can see the Lord Mayor traveling in the iconic golden State Coach and a procession of marching bands, 120 horses, and 60 decorated floats following the coach at the back.  Kew Gardens is a

One of the perks of visiting London in November is that the city starts to get into the Christmas spirit.

Kew Gardens is one of the first venues to dress up for Christmas. Every year, the botanical wonderland lights up its grounds with a fabulous display of vibrant Christmas lights and colorful festive decorations. The result feels as if you’re entering a fairytale.

There’s an illuminated trail that wanders through the gardens and takes you from one light installation to the other. Some installations recreate natural phenomena, like the ambitious installation called Aurora, which attempted to illuminate the night sky like the Aurora Borealis. There will be limited capacity with timed entry to Christmas at Kew, so make sure you get your tickets in advance.

When we travel, there’s a high chance of missing special festivities that take place in our home country. For us Americans, traveling to London in November means we may not be home to celebrate Thanksgiving. Don’t despair, though: you can still have a proper Thanksgiving celebration while traveling in London.

British people don’t really celebrate Thanksgiving as Americans do. However, they do partake in the culinary aspect of it. You’ll find tons of restaurants and pubs offering a traditional Thanksgiving feast. I have an article with all the restaurants that offer Thanksgiving menus in case you want to start searching for the one that fits your taste.

If you’re traveling with kids, don’t miss the chance of visiting Winter Wonderland.

Held in Hyde Park, Winter Wonderland is a sort of theme park but with a Christmas tone. There’s something fun for all ages and tastes. The park is filled with a huge selection of rides, an ice rink, circus shows, an ice kingdom, and a giant wheel. There’s also a section with over 100 charming traditional wooden chalets, selling traditional Christmas decorations, gifts, and culinary delights.

Once the festive season starts, every nook of London is brimming with lovely Christmas Markets. Each one boasts a unique personality, these markets are the perfect opportunity to sample traditional British delights, drink mulled wine, and find quirky souvenirs for our loved ones back home.

Here’s a list of the best Christmas Markets in London:

The street is pedestrianized from Piccadilly Circus to Oxford Circus to showcase pretty much every car you can think of. There are exotic cars, supercars, modern classics, new electric cars, and a lineup of the early 1900s vintage cars. Even if you’re not into the automotive culture, you’ll find tons of interesting exhibits explaining the beginning of motoring history, the present day, and a glimpse into the future, too.

7 Other Things to Do in London in November

Still have space in your itinerary for other activities? Check out the list below with other cool things to do in London in November

There you have it: all you need to know to enjoy a November visit to my favorite city. Have any other questions about visiting London in November? Let me know in the comments! 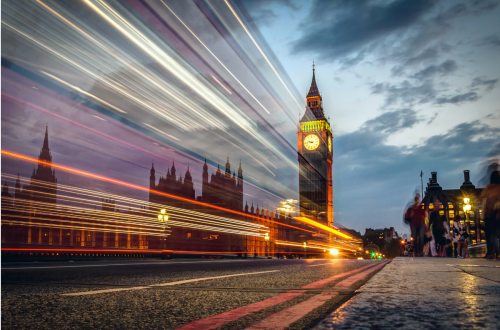 Visiting London in October: What to Pack, Weather, Events & Things to Do (2022) 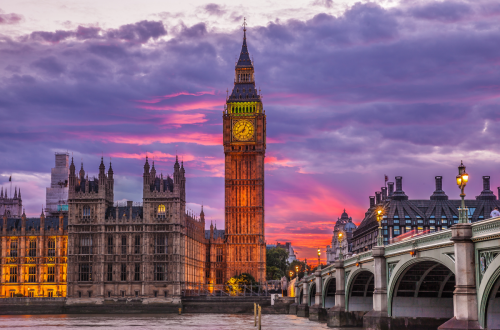 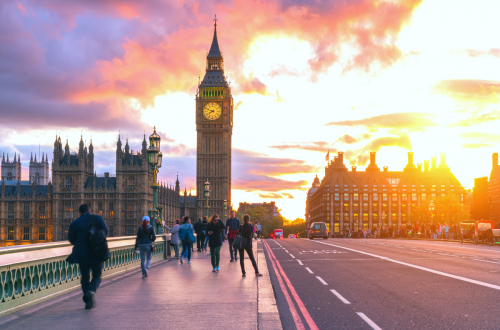