As the heart of summer, July is one of the best times to visit London. There are plenty of outdoor activities to enjoy that lovely dry, warm weather and long, sunny days. In fact, July is one of the most popular (and unfortunately most expensive) times to visit London throughout the year – but don’t let that stop you! Visiting London in July means you’re in for a real treat.

I spent one July in London during my time living in London – in fact, I spent more of it than I intended after losing my passport! I have fond memories of hot days and warm nights, little concern for umbrellas or rain boots, and soaking up the sun. In fact, I was in London when Prince George was born, a truly unique London experience – though you can find similarly unique happenings whenever you plan to visit too.

Below you’ll find a guide to visiting London in July and everything you need to know. From exactly how long you can expect daylight each day to weather tips and what to pack, I cover all the important details – as well as a list of activities and experiences you can only have during July in London.

As I’ve written on other occasions, knowing what time the sun sets and rises in London is useful to help you plan your day and see how many activities you can fit. Here’s a simple chart with the sunrise and sunset times in London in July:

If catching a London sunrise or sunset is something you’d like to experience, you can check out my guides. They have all the information you need, from vantage points to sunrise and sunset times throughout the year.

Travel-wise, July is a fantastic time to visit London. The month has the longest days of the year, giving you plenty of daylight to explore the city and beyond.

London doesn’t exactly stand out for its sublime weather. Quite the opposite. However, July breaks the rule, experiencing warm weather and high temperatures. The “high temperature” statement may be subject to interpretation, but you’ll definitely get to wear shorts and tank tops.

While you’ll be in the height of summer, the London temperature in July rarely is unbearably high. You can expect temperatures ranging from 70°-73°F (21°-23°C). The best part weather-wise is that July is also the driest month, so you won’t be using your umbrella as often.

What to Pack for London in July

Knowing what to pack for London in July is another piece of info that will help you plan your trip accordingly. It can be difficult to know what to bring when you only have so much room in your suitcase! As a general rule, my advice is to stick to the summer basics and pack a few extra layers to wear on breezy nights.

You know what clothes to bring, what weather to expect, and how long the days will be. Now it’s time to learn about all the things to do in London in July.

Anthophiles will have the time of their lives at the Hampton Court Palace Show. Held on the grounds of Hampton Court Palace, the Garden Festival is the world’s largest flower show. For five days, this event reunites all the big names from the gardening and landscape industry, who share the tricks of the trade to help you develop your green thumb.

Many tourists go to England hoping to experience a soccer match (or should I say football?) Unfortunately, the Premier League season finishes in May, but you can still catch a glimpse of London’s buzzing running scene with the British 10k London Run.

Find a spot in Westminster and cheer for all the runners dashing through Central London. The race starts at Piccadilly, finishes down Whitehall, and resembles more a festival than a marathon. There are live bands, DJs, and lots of entertainment venues around!

The event is highly bizarre and eccentric. To exemplify the concept, let me tell you about the Tea Pursuit, a test involving a chappete and chap aboard bicycles, one bearing a cup and saucer, the other a teapot. The teapot-bearing chap must fill the teacup of their teammate without spilling a drop aboard a bicycle.  Tell me you’re not dying to attend!

Held since 1715, Doggett’s Coat & Badge Race is the world’s oldest boat race. In this sporting event, six young apprentices who work on the Thames row on the river upstream. The race starts in London Bridge and finishes in Chelsea. Whoever wins gets the coveted prize of the iconic red coat and silver badge.

In Southbank Centre, Meltdown is an annual festival held in London. The festival’s organization is quite interesting. In a few words, a committee chooses an established music artist to act as director of the event, and they get to curate the lineup with performers of their choosing. This year, the main performer is Grace Jones, bringing artists from across the globe, including Peaches, Skunk Anansie, and Baaba Maal.

It’s time for some pomp and circumstance.  The Swan Upping is a ceremony dating back to the 12th Century. It takes place annually on the River Thames and is essentially the annual census of the swan population on a particular stretch of the river.

While Swan Upping still stands as one of the Royal traditions, it has a crucial place in wildlife conservation practices today. To perform the ceremony, a flotilla of traditional Thames rowing skiffs round-up swans, catch them, ring them, and then release them back on the river.

So far, the dates for 2022 haven’t been announced yet, but the event almost always takes place in July each year.

10 Other Things to Do in London in July

I don’t have to tell you that you’ll never be short of things to do in London. In addition to the events above, I’ve compiled a quick list of other fun activities for London in July.

Have any other questions about visiting London in July? Let me know in the comments, or join my London Travel Tips Facebook community! 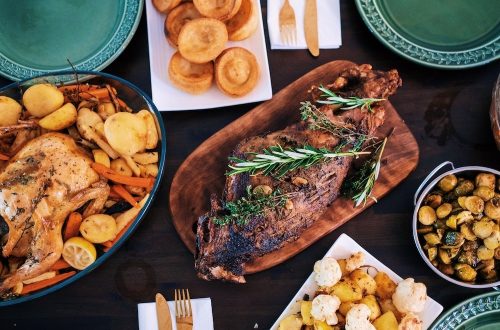 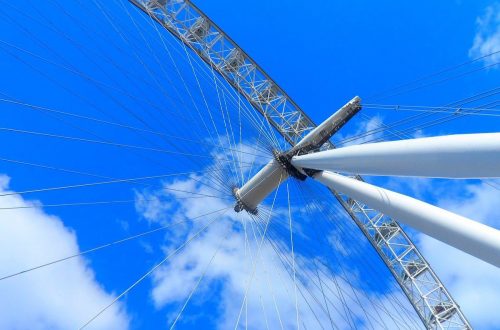 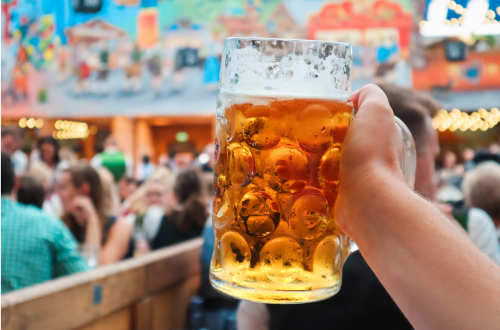 How to Celebrate Oktoberfest in London (2022)