While summer might be the most popular season to visit London, there’s something special about visiting in the spring. Unlike the nursery rhyme that “April showers bring May flowers,” London works a bit differently. Flowers and trees begin blooming in March, continuing on through the common rain showers in April until the whole city is verdant and lush in May. If you love seeing the change of seasons, there’s no better time to visit than April in London.

April also happens to be my favorite month in general, because it’s my birthday month. I have fond memories of celebrating when I lived in London – sharing pints with friends and literally taking time to stop and smell the flowers (daffodils, my favorite, in my case).

Whether you’re visiting for a special occasion like a birthday or finally taking that bucket list trip, this guide will help you plan your trip to London in April. Below you’ll find tips on the weather and how long days are, as well as what to pack and things to do in London in April. As always, you can also ask any questions you still have after reading in the comments below.

You may not give a lot of importance to how many hours of daylight London will have in the month you’re planning to visit. However, knowing this will help you better organize your itinerary and see how many activities you can fit in a day.

April is officially spring in London, and this means one thing for daylight: longer days. April days in London get substantially longer as the month goes on, giving you plenty of time to explore and see the city from early in the morning until late in the evening.

Below you’ll find a chart of sunrise and sunset times in London in April:

London in spring is a lovely time to visit. The balmy days, the gentle breeze at sunset, the chilly nights… the city lends itself to be explored.

On average, the London temperature in April fluctuates between average highs around 58°F (14°C) and average lows around 42°F (6°C). The weather gets warmer as the month passes. In early April, the temperature tends to be about 40°F (4°C) and slowly increases to around 60°F (15°C) by the end of the month.

Yes, April looks like a dream month to visit London. But – there’s always a but when it comes to the weather in London – it’s quite rainy. Most days of the month you will experience some form of rain: showers, drizzle, or sprinkles. Be ready to pack a brolly (umbrella)!

What to Pack for London in April

Speaking of what to pack… London’s volatile weather often leaves travelers wondering about what they should bring on their trip. That’s why I’ve included a section on what clothes to wear in London in April.

As a general rule, when planning what to pack for London in April, always think of  “layers.” This way, you’ll be able to play around with clothes and successfully navigate through the city’s ever-changing weather.

You can always check my list of London essentials too, so you don’t forget anything else you might need (no matter when you’re visiting).

It doesn’t matter when you visit the city. London’s agenda is always packed with fun activities for the locals and travelers. Below you’ll find nine events you can’t miss in April in London.

You’ll never see London as colorful as in April. Every corner, every building, every front door, and every park is invaded by the subtle pinks and purples of cherry blossoms and wisterias. As a general rule, cherry blossoms start blooming in London in early March and into late April, whereas wisterias bloom in late April and into May.

Playing video games isn’t exactly what comes to your mind when you think of when planning a trip abroad. But, for those inveterate gamers, there’s good news: the city hosts the London Games Festival.

The festival is a celebration of video games and interactive entertainment. You’ll be able to learn about the gaming industry, listen to the heavy hitters, and even find out what the best new games are. Bear in mind the events are held throughout the city; some are free and others require tickets. Check out their website to find out the info you need.

Easter is the first bank holiday of the year, which means London plans tons of activities to fill the locals’ free time. Whether you celebrate Easter or not, it’s always a good excuse to stuff your face with chocolate eggs. You can attend one of the city’s Egg Hunts, or watch a free performance of The Passion of Jesus in Trafalgar Square, or enjoy a traditional Easter Sunday lunch.

We all know about the Brits’ unwavering love for soccer. But, not everyone knows that they also love horse racing. There are tons of horse races throughout the year, one of them being The Grand National. Before you rule out this event from your itinerary, let me tell you, you won’t just see jockeys trying to make it to the finish line.

You’ll also see posh British ladies and gentlemen flaunting their best outfits, and even some celebrities and royals having a good time.

India and Britain have long been connected throughout history, which kind of explains why London is such a good place to find mouthwatering curry. In April, the city celebrates Vaisakhi Festival, the Sikh New Year festival. The festival celebrates and brings closer to people the Punjabi traditions through food, Sikh folk songs and dances, and martial arts (gatka) performances. Make sure to stop by!

Ahhh, who can deny the feeling of satisfaction that sipping a cup of coffee elicits? London hosts the London Coffee Festival, where you can learn all about the beverage that helps us jumpstart the day, recharges our batteries during long work hours, and creates bonds with whom we share a cup.

The festival brings coffee masters who showcase their skills, share their best tips, and, of course, hundreds of stalls where you can sample delicious coffee.

As the cosmopolitan city that London is, there’s no shortage of festivals that celebrate other cultures. Eid Festival marks the end of Ramadan and is one of the most popular Muslim festivals in the city. You can enjoy live performances, try out traditional delicacies, and get a closer look at the Muslim community and their contributions to London.

If you’ve ever studied the British Flag, you might be aware that it is comprised of several other flags; the English contribution is the flag of St. George: a red cross on a field of white. St. George is the patron saint of England, and there are still observations of his festival on April 23rd – which also happens to be my birthday (as well as Shakespeare’s birthday and death day!). If you’re in London for the 23rd, there’s usually an event at Trafalgar Square.

The London Marathon is a huge sporting event that takes place in April in London. From the early morning, locals start to find their spot to show their support for the brave runners who dare to push through the 26.2 miles that make up the route. The route is dotted with pubs and bars where you can sip a pint while cheering for the runners.

Like during most bank holidays, the late April Bank Holiday is a great opportunity to explore London. You can join a walking tour, visit a museum, go to the theater, or visit some of the city’s biggest attractions. If you’re in for a gastronomic experience, this could be your chance to experience London’s latest trend, bottomless brunches!

8 Other Things to Do in London in April

In case you still have time for yet another activity, here are other seven great things to do in London in April.

Have any other questions about visiting London in April? Let me know in the comments and I’ll help you get your travel plans sorted! 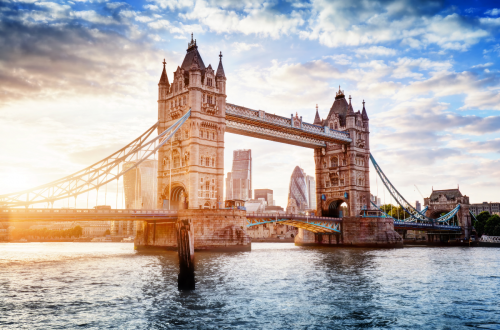 Visiting London in August: What to Pack, Weather, Events & Things to Do (2022) 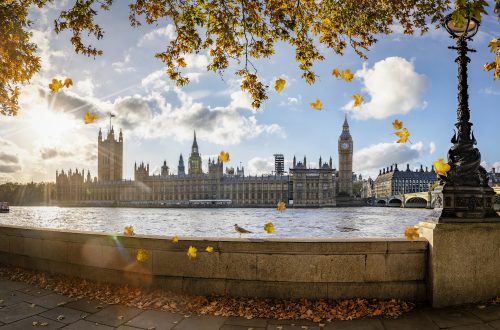 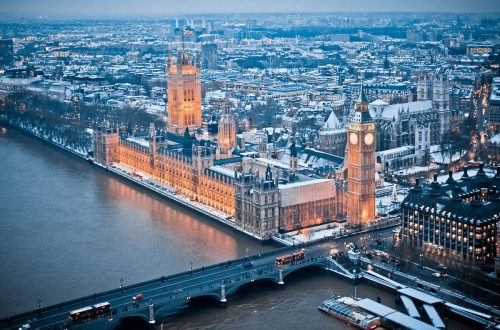 13 Wonderful Things to Do in London in the Winter