In a city of iconic sights, there are few more distinctive that the blazing red double-decker buses in London. Right up there with Big Ben, Tower Bridge, and the London Eye, everyone knows London buses due to their iconic design and distinctive color.

And while most people use the London Underground a lot while visiting London, fewer get the hang of how to use London buses during their trip – and that’s a shame because they’re super convenient and can get you to almost every part of the city (including ones not as well serviced by the Tube).

After living in London, I became a pro at riding the buses in London, and I’m here to help you feel more sure of yourself during your visit. Below you’ll find a few fascinating facts to make prospect of riding public transportation less scary, a breakdown of bus fares, and a step-by-step guide for riding London buses. While you might not be familiar with buses at home, you’ll soon see that it’s a great way to explore London.

See? London buses are historic! And cool! Now that you know these facts about London buses, it’s time to board one.

How to Pay on London Buses

As with the Tube, there are a number of ways to pay for a ride on London’s buses. It sounds a bit complicated, but the short answer is that the best way to pay for London buses is with an Oyster Card. This is especially true if you have a travel card; I have recommendations based on the length of your trip in my guide for riding the Tube. Since Transport for London operates the Underground and the buses, the same recommendations apply here, plus it helps to know the standard fares for buses if you choose to pay-as-you-go.

You can no longer use cash to pay bus fares in London, so you must pay by card – whether it’s bank/credit card or Oyster card (more on that below). If you’re paying by bank card or Apple Pay/Google Wallet/etc., you’ll just tap your card or device on the reader upon boarding the bus to pay the fare.

Buses automatically deduct the £1.55 fare from your Oyster Card balance if you’re traveling with a balance – but there’s a £4.65 daily cap on the Oyster Card (so three rides) which is handy to keep costs down. (There’s also a £21.90 weekly cap, so ~5 days of daily cap.)

Of course, if you have a travel pass, the ride doesn’t cost anything since the travel pass covers it.

There’s even more incentive to use an Oyster Card when traveling in London: the Hopper fare makes bus rides even more reasonable if you’re paying from a balance. Basically, all rides within 60 minutes of your first £1.55 fare are free – so if you make a transfer or take a few different buses to reach your destination, they’ll all cost only £1.55 if they occur within one hour of the start of your journey.

I think but am not 100% sure that the Hopper fare also applies for children’s discount fares too.

How to Ride London Buses

If you’re not familiar with buses from home – which, let’s be honest, most Americans and Canadians are not because our public transportation systems generally suck – the idea of riding a public bus might sound scary. Buses in many American cities are not a pleasant experience, but that’s not the case in London. It’s a simple process once you get the hang of it – and these steps will help you look like a pro even if you never ride buses at home.

First, you might need to acquaint yourself with bus timetables before you go. Generally, they’re pretty simple: the bus runs on a schedule, so if you find the next available time after you arrive at the stop, the bus should be there near/at that time.

Additionally, there are lots of bus numbers in London, so it’s important to keep an eye out since several buses may pull into a stop at one time. I once got on the wrong bus after a few too many at the pub and was very proud to know which stop to disembark and where to walk to get myself on the right route home.

To be honest, the easiest way to handle knowing which bus number and the relevant timetables is to use an app. I recommend a few below to make your life much easier since you don’t need to memorize timetables while visiting London; you’ll be too busy having a great time!

Flagging Down Your Bus

Unless someone aboard has requested to disembark, buses will not always stop just because someone is standing at a bus stop. This is because many stops have multiple bus routes passing through them, especially in Central London, and bus drivers don’t want to stop if nobody is going to get on or off.

There’s a simple rule to ensure the bus always stops for you when you’re standing at a stop: you need to flag it down. Most people just stick out their hand or give a little wave with their Oyster card wallet and that’s enough to let the bus driver know to they should pull in and pick you up.

Tapping On (or Paying Your Fare)

As a general rule, you should always board at the front door of the bus – not the door in the middle of the bus. One exception is the historic London buses that have back entrances; typically these buses also have a TfL employee at the back of the bus ensuring everyone pays their fare.

If you are paying by Oyster card, all you need to do is tap onto the bus. (Side note: you don’t need to tap off.) If you’re using a travel card, show it to the driver; if you’re paying by bank/credit card, you’ll pay the driver directly.

Finding a Seat/Riding the Double Decker

Once you’ve paid, you can take any open seat on the bus, on either deck. Keep in mind there are seats for those with accessibility issues, so you should be prepared to leave those seats if someone else needs them.

If you want to ride on the top deck, you can climb the stairs in the middle of the bus; be sure to hang on as the bus driver will pull away once everyone has boarded and the handrails are very helpful to avoid falling. (Side note: you should always use the handrails when going down the stairs too!)

If there are no seats available, you can stand on the lower level London buses too. Just put yourself within reach of a pole or overhead handle to stay steady on your feet. Again, keep in mind there’s an area for wheelchairs or strollers (prams, as the Brits call them) that you may need to move from if someone needs that space.

A helpful voice will announce each stop before the bus reaches it; when you’re ready to get off the bus, you need to pull the cord or push the stop button, depending on where you’re sitting or standing on the bus. The bus driver will pull over, and you can exit from the door in the middle of the bus (not the front door). Easy peasy!

There are a number of apps for navigating London, but my recommendation is one called Citymapper. TfL also has its own app, TfL Go, though I haven’t ever used it.

Citymapper integrates all of the different London public transport options – including buses – and has real-time info to help you plan and navigate. It really is a one-stop app for getting around London.

I recommend plotting your route using the app and remembering the first few steps, then putting your phone away. You don’t want to be walking around with your phone in front of your face such that you get lost or make yourself a target for thieves.

London has worked hard to make the public transportation system accessible for users, and you can learn more on the TfL website. Almost all London buses can “kneel” to reduce the step from the sidewalk to the bus if you are unable to step onto the bus. Many also offer assistance for wheelchair users to get on/off the bus if needed. All this to say, don’t let concerns about accessibility on public transit stop you; it’s pretty darn good on both the Tube and buses in London!

Have any other questions about riding London buses? Let me know in the comments! 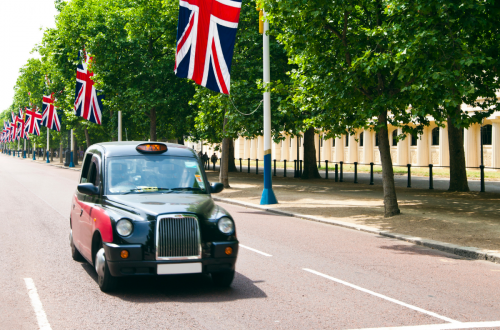 How to Use London Black Cabs: A First-Timer’s Guide 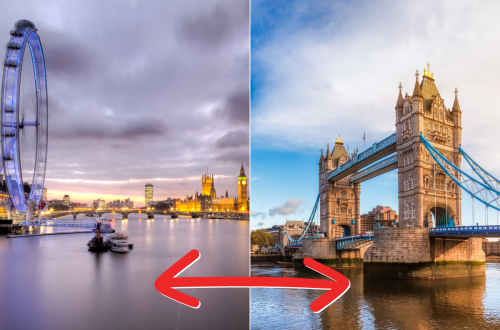 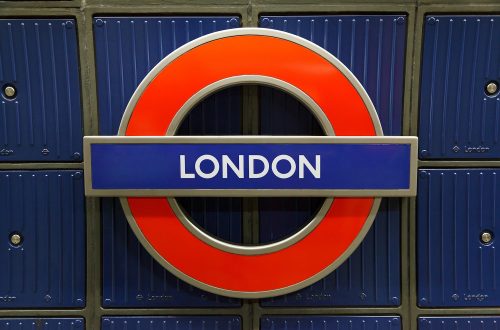 How to Use the London Underground:
A First-Timer’s Guide