To become a certified London black cab driver, you must take a test that certifies your knowledge of the city. It’s literally called “The Knowledge,” and includes some “320 routes within the six-mile radius of Charing Cross, as well as all the roads and landmarks within a quarter-mile radius of the start- and endpoints of each route.” In total, it’s about 25,000 streets!

To pass The Knowledge is a multi-test, sometimes multi-year process – and that’s why all London cabbies know exactly where to go when they pick you up.

For London cabbies – and for London travelers – there are a few streets that are easier to learn than others. These famous streets in London are well-known for a variety of reasons; most are major thoroughfares and/or connect important parts or landmarks within London. Others are culturally significant.

If you want to improve your own Knowledge, these famous London streets are a good place to start. Below you’ll learn about 13 of the streets I consider iconic and famous, plus the reasons why. Some are even sights – or have sights on them – that you’ll want to add to your London itinerary!

This post was originally published in August 2021, and was updated in June 2022.

Even if you don’t know this famous street in London, you’ve likely heard of it… Yes, The Beatles named their seminal album after the recording studio Abbey Road, which is located – you guessed it – on Abbey Road in northwest London.

Abbey Road is technically part of London Road B507, which runs along the border of St. John’s Wood and Maida Vale. In addition to the famous recording studio, this area has some truly picturesque single-family homes (including my favorite house in London!) and the iconic striped pedestrian crossing where The Beatles shot the album cover. You too can cross the street here; you might even be captured on the webcam that photographs people copying the band’s signature style.

Baker Street is another ultra-famous street in London, thanks to pop culture. Specifically, Sir Arthur Conan Doyle, the British author who housed the country’s most well-known fictional detective at 221b Baker Street.

Whether you’re a Benedict Cumberbatch fan or prefer the Robert Downey Jr. interpretation, you might be surprised to learn that Baker Street is real, you can visit, – and there’s even a 221b! Specifically, the Sherlock Holmes Museum is at that address, which is open to the public seven days a week.

Popping over to the East End, Brick Lane is perhaps the most famous street in East London. Historically, it was known as Whitechapel Lane (hence the name of the surrounding neighborhood, Whitechapel). Brick Lane then became popular in the 17th century for brewing, followed by markets and vendors in the 19th century. In short, Brick Lane has a long and dynamic history, like many of the famous London streets on this list!

Today, Brick Lane is the cultural heart of East London, home to a large Bangladeshi and Indian population and some of the city’s best Bangladeshi and Indian restaurants. You can also find the city’s largest collection of street art here, always colorful and always changing as new artists come to make their mark. You can still find old brewery buildings here too, like the Old Truman Brewery that now hosts markets and food vendors.

In North London, there’s no place like Camden High Street. Punk may have been born in New York City, but it’s alive and kickin’ in Camden.

Camden High Street runs north-northwest from Mornington Crescent station past its namesake, Camden Town station, to roughly Chalk Farm station. It crosses Regent’s Canal, and is lined by storefronts with loud and huge displays. Plus there are a number of markets where vendors offer their wares – everything from hand-made clothing to jewelry to used records.

Even if you’re not a fan of the style, Camden High Street is iconic in its own way, and worth a stroll during your trip to London.

Carnaby Street runs through London’s Soho district, in the heart of Central London. Today, it’s a pedestrian-only street that is lined with posh shops and tasty restaurants, and overseen by arches declaring the street’s name as well as suspended decorations for the season or occasion (as pictured above).

Historically, Carnaby Street has been a critical vein of culture in the city. Social and jazz clubs, hippie and mod fashion houses, and famous bands of the mid-20th Century (including the Rolling Stones and The Who) played in venues on the street or nearby.

If you follow world politics, or perhaps have seen Love Actually, you probably know which famous house is located on Downing Street: the Prime Minister of England lives at No. 10 Downing Street.

As such, this famous London street is generally closed to the public, though you can peer down it from either end to see the police standing outside the PMs house. You might also encounter protests here, as this is a common place for people to congregate when they disagree with the PM’s policies!

While many lists of the famous streets in London don’t include Fleet Street, I chose to include it for a couple of reasons.

First Fleet Street is geographically very important: it dates back to Roman times and connects Temple Bar in the City of Westminster to the Ludgate Circus at the City of London where the London Wall once stood. It’s named for the River Fleet, London’s largest subterranean river, which runs underneath it to this day.

Second, Fleet Street is culturally significant, as it features in several of Charles Dickens’ works, and is where the fictional barber-murderer Sweeney Todd operated his deadly scissors and (human) pie-making factory. (Seriously, Tim Burton’s Sweeney Todd: The Demon Barber of Fleet Street is ridiculous(ly good).

Oxford Street is London’s most famous shopping street; a close second is Regent’s Street, and the similarity between the two is why I didn’t include the latter on the list.

Oxford Street runs east-west along the northern border of Central London. It’s a major thoroughfare through the city, though often congested with traffic, especially double-decker buses that use it as a main route. If you’re walking Oxford Street on foot, you’ll pass popular retailers from around the world, and can stock up on pretty much anything – especially clothing items.

Oxford Street is also where you can see one of London’s best Christmas light displays, arching across the roadway.

I was on the fence about including Piccadilly on my list of London’s most famous streets, but in the end, decided to include it because the whole street is a vital roadway and the curved intersection at the north end of the street is rightfully iconic. Piccadilly Circus is London’s Times Square, with colorful, bright billboards on many buildings, a plethora of souvenir shops, and the famous Cupid statue atop its pedestal.

As for the rest of the street, it runs southwest from there past Green Park to Wellington Arch. A stroll (or bus ride) along Piccadilly will give you some of London’s top sights in a short distance.

Running northwest from Piccadilly Circus, Shaftsbury Avenue is the main road through London’s West End. It connects Soho on the north side of the street and Chinatown on the south side and has several of the city’s most famous theatres lining it. It’s a great street to walk, though it’s often clogged with pedestrians and souvenir stands; use it as a base to strike out into the areas north or south to find excellent restaurants, bars, and boutiques.

Typically, buses run up and down the street day and night, and you might recognize them from the scene in Harry Potter and the Deathly Hallows. However, in light of the pandemic, parts of Shaftsbury Avenue were converted to pedestrian-only outdoor dining zones.

Don’t be confused: you won’t find any shops lining The Mall. This is one of the most famous London streets, thanks to the well-known house at one end… Buckingham Palace!

At the southern end, Buckingham Palace sits like a wide glittering jewel; the street then runs northwest, passing sights like Claridge House and St. James’s Park to end at Admiralty Arch. It’s another great street to walk down, especially as part of travel between the Palace and Trafalgar Square (just beyond the arch).

Many of London’s famous streets connect or become one another – perhaps that’s why they’re all famous! So it goes for The Strand. It runs from Trafalgar Square near where The Mall (#12) ends, to Temple Bar, where it becomes Fleet Street (#7).

“Strand” comes from the old English strond which means “river bank” – coincidentally, similar to the Norwegian strand which means “beach” – and runs along the historic bank of the River Thames. More recently in its history, the upper classes of British society lived along this street, which is why some famous 12th-17th century mansions still stand along this route. The Strand is also important from a literary standpoint, as the likes of Charles Dickens, Ralph Waldo Emerson, and Virginia Woolf all also lived in the area.

Last but certainly not least, Tottenham Court Road rounds out my list of famous London streets. It runs north-south from Leicester Square to Warren Street where it ends at the A501. Along the way, Tottenham Count Road passes and crosses other major streets, including Oxford Street (#8) and Shaftsbury Avenue (#10). You can find shops, restaurants, and bus stops along this major route.

While they may have not reached an iconic status yet, here are another eleven London streets worth knowing about.

And that’s my list of the famous streets in London! Are there any I missed that you would include? Do you have any questions? Let me know in the comments! 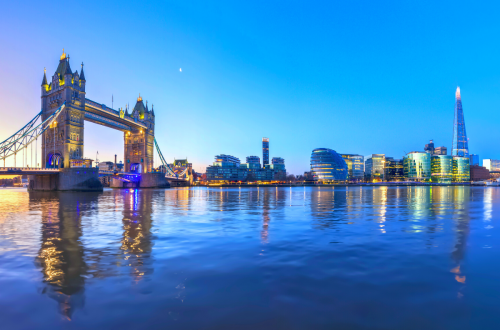 19 Landmarks in London: Most Iconic, Most Popular & Most Photographed 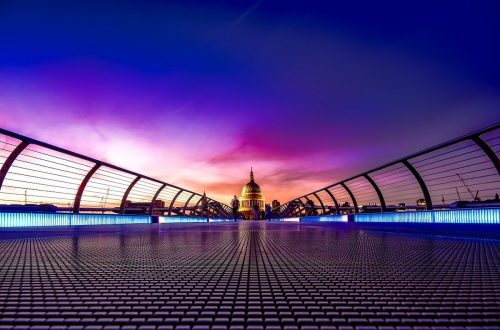 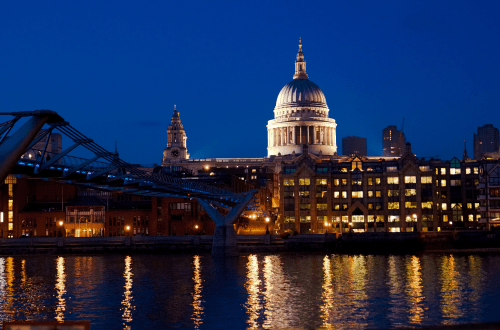