While there are a number of drinks you might associate with London and the Brits who inhabit this lovely city, most people think of one in particular right off the top of their heads: tea.

The British are known for it, though its origins date back to Colonial India and Britain’s occupation of the subcontinent. Today, people think less of tea as an Indian drink (though it is definitely consumed there in many forms and styles) and more of a British one.

For that reason – and if you’re willing to skim over its imperialist roots – trying tea in London is an essential experience, and tea is actually a lovely souvenir to bring home. While I already have a list of the best afternoon teas in London, I thought it might be helpful to also list the best places where you can get tea that you don’t want to drink immediately.

Below, I’ve put together a list of the best tea shops in London, excluding some of the big-box stores like Fortnum & Mason and Harrods. Most of these are smaller, independent tea companies that you can support by purchasing tea as a souvenir – though there is one on the list that you might recognize from the history books too.

Ready to plan your souvenir shopping experience in search of London’s best loose leaf? Grab a cuppa and dive into this list.

Even if you’re not a passionate tea drinker, you certainly know Twinings.

The emblematic tea shop was responsible for introducing tea not only to the British but to Queen Victoria herself. Thomas Twining, a young merchant, opened his store on 216 Strand in 1706. He first started selling exotic goods (at that time, at least), like coffee and tea. It wasn’t long before Twining built a reputation for having the finest tea blends in London. Twinings, besides being one of the best tea shops in London, is the oldest.

The original Twinings shop still sits on 216 Strand, exactly where it’s been for the last 300 years. You can see the Chinamen figures atop the doorway, the golden lion, and the Twinings logo. The shop has every imaginable kind of blend, ranging from old classics like Earl Grey and Assam to more unusual combinations like licorice and lemon and salted caramel.

Postcard Teas is the ultimate shop to buy loose-leaf tea in London if you are more of a casual tea drinker or looking for gifts. The store and the products are delightful. All the tea blends come in either beautiful copper cans or cute brown bags, and the pottery is beautifully-crafted and unique. But the tea store isn’t just a pretty face.

Postcard Teas was the first of London tea shops and the world to put the maker’s name and location on their teas and introduced the idea of small tea (tea from small producers who farm less than 15 acres). You can find tea blends from every corner of the world. There are rare teas from Korea, India, China, Taiwan, and even Japanese varieties.

Another of the best tea shops in London, Whittard of Chelsea has been providing the British with world-class tea, coffee, and cocoa since 1886.

Their selection of teas is endless. So much so that, even if you don’t like drinking tea, you are bound to find a tea that suits your palate as the selection is huge. Moreover, the Whittard store in Covent Garden Market features a Tea Bar, where you can sample some of their blends along with a variety of tasty cakes and savory treats.

Last but not least, Whittard of Chelsea has multiple locations all over the city, so whenever you wonder where to buy tea in London, make sure to google Whittard as there’ll be one near you.

Bold tea drinkers will find heaven on earth at Bird & Blend Tea Co. This little store on Park Street is the king of blending creativity, concocting tea blends with spices, herbs, and even whole pieces of fruit.

They have a wide range of tea, from black and white and fruity to their own concoctions that sound weird but are wonderful – for instance Purple Rain (which smells like parma violets) and Maple Bacon Pancakes (which is vegan!). Suffice it to say that these people know their tea like nobody’s business.

If you’re feeling adventurous, you can take one of their tea mixology classes, where you even get to blend your own tea!

Today, he has collected arrays of 825 different teas from 43 different countries. Needless to say, the store has a humongous variety of teas, and there is something for everyone from strength to cost. Don’t miss the chance to try their afternoon tea, too. They offer excellent tea and coffee menus, with a veritable feast of options.

If you know anything about British Imperial and Colonial History, you’ve heard of the East India Company. They played a pivotal role in the subjugation of British colonies around the world but also supported international trade at a scale unseen before in human history.

Leaning on its (whitewashed) history, the East India Company‘s flagship store in Mayfair isn’t a regular tea shop. It is a museum and history itself. It tells the story of the East India Company from its foundation under Queen Elizabeth I to becoming the world’s most powerful monopoly and playing a crucial role in shaping the modern commercial world.

The shop is filled with shelves brimming with discoveries of the finest foods and flavors from around the world. You’ll also find tea accessories for family, friends, or just yourself because you know you’ll want to recreate the quintessential British pause back home.

Good & Proper Tea makes my list of the best tea shops in London, as they just opened a location in Leather Lane. (The company’s history is a bit muddled – they used to have a storefront in nearby Clerkenwell, but then apparently closed it, though some sources say they also have a location in Shoreditch… In any case, I can confirm that they have a tea bar in Leather Lane as of late 2022.)

This tea company is known for its lovely blends and its new tea bar is a great spot to try before you buy, with a pastry snack on the side, of course.

Good & Proper Tea also has an incredible online store, so if you forget to buy tea as a souvenir during your London trip, you can snag some once you get home to bring a taste of London back with you.

Have any questions about these tea shops in London or buying tea as a London souvenir? Let me know in the comments below! 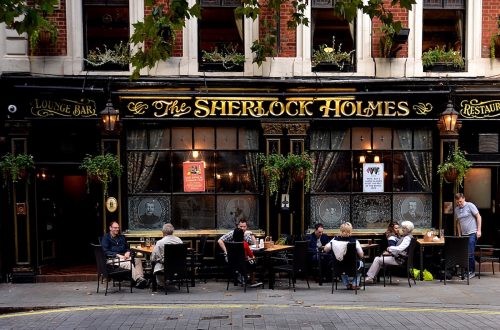 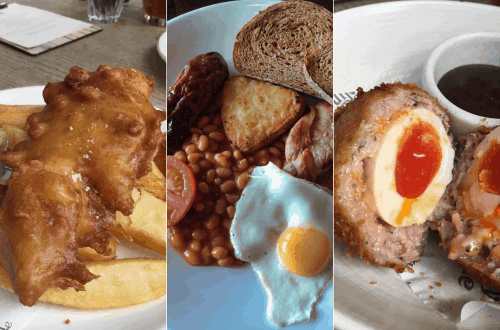 17 London Foods You Must Try on Your First Trip 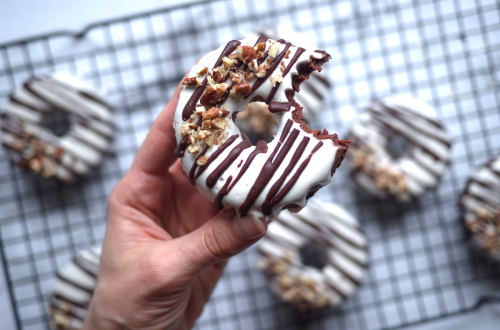 The 11 Best Spots for Vegan Donuts in London