One of the most important aspects of planning your London trip is your flight. But are you aware that there’s more than one airport in London? And you can probably find flights into each of them?

While most people will fly into London Heathrow International Airport, you might find flight deals that take you into other London area airports – commonly Gatwick and Stansted. Add on top that if you extend your trip by exploring beyond London, you might fly in or out of even other London airports (there are six in all!). In this post, you’ll learn everything you need to know about how to get from any London-area airport to London, including the best way to get from each London airport to the city and back.

Read on and all your confusion will be demystified and questions answered; you’ll be a pro at flying in or out of any London airport before you know it, taking advantage of flight deals and England’s awesome transportation network.

When it comes to cities, London has more airports than any other in the world. It has a total of six airports. London airports sit in strategic parts of the city, and each serves different purposes, which I’ll cover in this section.

For a really quick breakdown, here are the exact distances and fastest possible time you can travel to/from each airport to London:

Now let’s break down each airport in turn with more detail that will help you if you’re flying to/from that specific airport.

How to Get from Heathrow to London

Heathrow Airports is 16 miles west of central London. Luckily, there are several ways to get from Heathrow airport to London as it is the most accessible airport for getting into town.

The National Express is another alternative. They run coach services throughout the day from and to Victoria coach station. The journey takes 40–80 minutes, and tickets start from £10 one-way. Finally, you can always take London’s iconic black taxis to get from the airport to Central London. Journey times vary between 30-60 minutes, and fares are rather steep, oscillating between £45–£70.

The Best Way to Travel Between London & Heathrow

The best way to travel from Heathrow to London is by taking either the Tube or Heathrow Express. The Tube is the most cost-effective option, plus, it is perfect if you’re staying in central neighborhoods, whereas the Heathrow Express is a more time-efficient alternative. It is a little more expensive but is better for those staying in the Paddington or Bayswater areas.

How to Get from Gatwick to London

Gatwick is a little further from central London, sitting around 30 miles south of the city. Being such a busy airport, Gatwick has the best rail connections of any airport in Britain.

To get from Gatwick to London, you can take the Gatwick Express, which runs directly between Gatwick and London Victoria Station every fifteen minutes. The journey takes around 30-35 minutes and tickets start at £17.80 (one-way online) or £19.90 (on-way at the station). It is a good option if you are staying near Westminster and St. James’s Park.

You can also travel from Gatwick airport to London via the national rail service on the Thameslink line. These direct trains have a journey time of 35-45 minutes and tickets start at just £10.00.

Local buses also serve the busy airport. Metrobus and the National Express run services from the North and South Terminal. They have services departing every 15-30 minutes depending on the line, and the journey takes around 1 hour 45 minutes. Gatwick also offers its own taxi service for travelers. Depending on the day and time you arrive at the airport, they have different vehicles and rates. The ride takes approximately 90 minutes and costs £60-£90.

The Best Way to Travel Between London & Gatwick

The best way to get from London to Gatwick is by taking the Thameslink line; Blackfriars is a great station to catch the Thameslink in Central London. It is the most affordable option and, compared to the other alternatives, it doesn’t differ that much when it comes to traveling time.

How to Get from Stansted to London

Stansted is 42 miles northeast of central London. You can go from London to Stansted via the Stansted Express service on the Greater Anglia line. Trains depart every 15 minutes and take just 47 minutes to and from London Liverpool Street. One-way tickets start at £9.70 when booked in advance.

National Express also offers coaches from Stansted Airport to London every day. The journey takes 50 minutes, although it can take longer when traffic gets busy. If there are traffic jams, it can take up to two hours to reach the airport. As for the cost, tickets start from £5 one-way when booked in advance.

Minicabit has teamed up with Stansted to provide a taxi service for travelers. You can book a taxi at the desk located in the international arrival concourse, or use the form on their website to select your location and destination, then choose the date and time when you need your taxi. While the fare depends on your destination, you can expect to pay between £40 and £60.

The Best Way to Travel Between London & Stansted

The best way to get from Stansted to London is the National Rail with the Stansted Express. The tickets are affordable, and it offers the most reliable service in terms of traveling time.

How to Get from Luton to London

Luton sits 28 miles north of central London. Should you arrive at this airport, there are several ways you can get from Luton to London.

First, you can check out East Midlands Railway. They run regular services from London St Pancras to Luton Airport Parkway every 30 minutes, and the journey takes just 25 minutes. Once you arrive at Luton Airport Parkway, you need to take the shuttle bus to the airport terminal. The bus runs every 10 minutes between 5 pm and 12 pm, and the journey takes around 10 minutes. Tickets start at £3.90.

Thameslink is another option to get to the city. They run regular service from St Pancras to Luton Airport, and the journey takes around 34 minutes.

A pre-booked taxi is another option. You can use the Addison Lee app to book a ride or simply go to Zone A of the airport’s pick up / drop off area to grab one there. The journey time ranges between 1 hour 35 minutes to 1 hour 50 minutes, and the service costs approximately £45.00. Although I must warn you, Luton is next to the M1 motorway, so heavy traffic isn’t uncommon, especially during early mornings and evenings.

The Best Way to Travel Between London & Luton

The best way to get from London to Luton is the East Midlands Railway plus the shuttle bus to the airport terminal. It is by far the fastest option to reach the airport, and the tickets are easily accessible for any budget.

How to Get from City Airport to London

City Airport is London’s most convenient airport given its central location in the heart of the Docklands area. It is 10 miles east of central London, which means you’ll have easy access to transportation. One way to get from City Airport to London is via The DLR (Docklands Light Railway). The airport doesn’t have a mainline train station, but it does have its own stop. The DLR runs daily services on the Jubilee, Central, District, and Circle lines every eight to 15 minutes. The average journey time is 21 minutes and tickets cost between  £1 – £5.

You can also take the bus to get from London to the airport, with lines 473 and 474 operating services daily to and from London City Airport.

If you’re up for a splurge, London black cabs are a comfortable way to get to the City, taking around 40 minutes. Cabs are another option to travel from and to Central London. The journey takes approximately 40 minutes in light traffic and costs £40.

The Best Way to Travel Between London & City Airport

The best way to get from London to City Airport is via the DLR services. Given the airport’s central location, the DLR provides an affordable and quick alternative to reach the airport. Also, it isn’t subject to unforeseen traffic conditions, like buses or taxis.

How to Get from Southend Airport to  London

One way to travel from Southend to London is via train. Greater Anglia line operates direct train services from Liverpool Street Station (close to the Shoreditch) to Southend Airport. The journey takes around 50 minutes, with up to six services an hour during peak times. Tickets start from just £18.30.

You can also reach the airport via local buses or coaches. The X30 runs between Southend to Stansted Airport; you’ll find the bus stops just a short walk from the main terminal. The journey time is about 1 hour 40 minutes (the X30 has 23 stops along the way), and prices range between  £10.00 to  £16.00 for one-way tickets. You can also book a taxi to get to the city. Andrews Taxis is Southend Airport’s official taxi service. Their offices sit in front of the terminal building, and they charge approximately £110 for a ride to Central London. The journey time is about one hour.

The Best Way to Travel Between London & Southend

The best way to travel from London to Southend is via the National Rail with the Greater Anglia line. Once again, the train is the cheapest alternative, and it is also the fastest way to reach the airport.

No matter which airport you’re flying in or out of, there’s an easy way to reach London at the start of your trip, or return to when it’s time to fly home at the end of your trip. Have any questions about traveling from the airport to London or back? Let me know in the comments, or join the conversation in my London Travel Tips Facebook community! 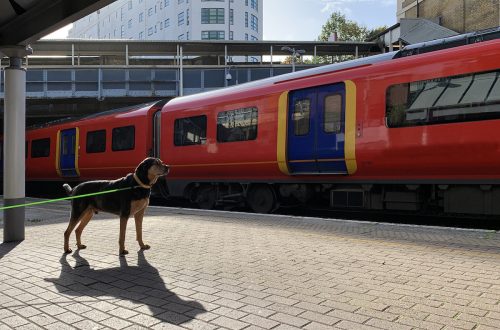 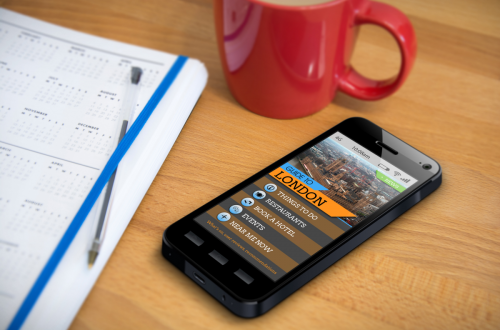 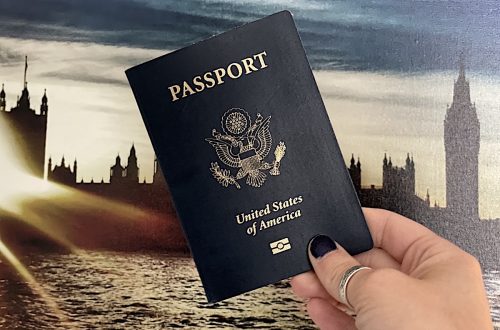 What to Do if you Lose Your Passport in London (with First-Hand Experience!)